The Living Seas to The Seas with Nemo and Friends 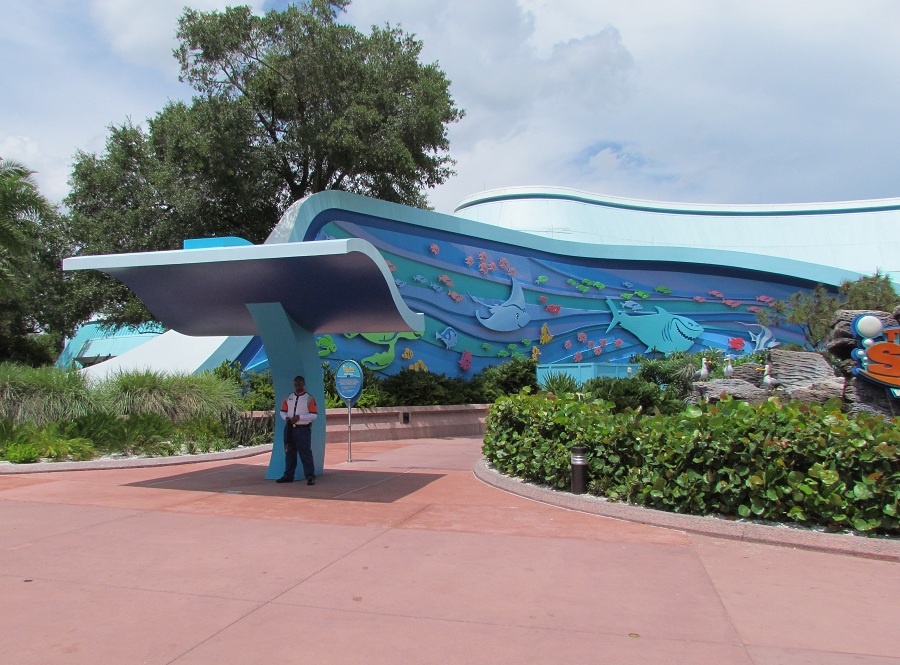 “The Living Seas” opened in 1986 and featured a unique system where guests had to ride the seacabs attraction in order to enter the pavilion. Guests watched a short movie, then entered a ‘hyrdolator’ to the seabase location, and finally a seacab ride through the world’s largest aquarium (it lost that title in 2005). Disney stopped using the seacabs in 2001. After a long period of transition, the whole facility became renamed “The Seas with Nemo and Friends.” The new theme featured two attractions based on the popular Pixar movie “Finding Nemo” and new exhibits. It remains one of the rare EPCOT pavilions where you first ride the attraction to enter (although now it is easier to enter through the pavilion exit).
Grade: 3.5/5 stars (for failure to really innovate)

The once popular crowd pleasing attraction was reduced to a shell of its former self in the interest of serving shorter audience attention spans in 2012. The less said about this travesty at the Magic Kingdom the better. I want to live with the memories and soundtracks from the previous version and its cousins the Country Bear Christmas Special.
Grade: 0.5/5 stars (someone please put this version out of its misery)

Oy. Where to even start. The original Walt Disney’s Enchanted Tiki Room was a classic attraction that opened in 1963 at Disneyland and 1971 at Magic Kingdom (although it was called “Tropical Serenade”). The show represented a pivotable moment in theme park history when the animals in the attraction sprang to life in an almost realistic manner via the magic of audio-animatronics. This was later followed by human audio-animatronics and theme parks were forever changed. In 1998 the show changed with characters from Disney’s Aladdin and The Lion King added as the new management. That went over about as well as you would expect. It took a few years, but finally the gods got angry enough to light a fire above one of the new audio-animatronics destroying it. Thankfully Disney management took this as the omen it was and restored the attraction with a shorter version of the original show. At this point I’ll take what I can get. At least Iago and Zazu are gone.
Grade: latest transition 3.5/5 stars. (Why not do something magical instead of reductionist?)

“Mission to Mars” was a classic Disneyland attractions that opened in the Magic Kingdom in 1975. After the space race faded into the cold war, it was closed in 1993 to be retooled into “ExtraTERRORestrial Alien Encounter.” Alien Encounter didn’t open until 1995 after a long period of adjustment to make it more intense. Alien Encounter opened with a warning that it may be too intense for children 12 and under and at one point it was implied that blood was dripping on your head from the catwalk above. Clearly not Disney material. Alien Encounter closed in 2003 to become Stitch’s Great Escape, which opened in 2004. While keeping the same basic elements of the previous two attractions, it added in one of the best modern day Disney characters of all time, the alien creature Stitch. Unfortunately is screwed just about everything else up. The ride features a character popular with young kids, but also a long period of complete darkness with no way to escape. It also completely ignores the story of the movie to create something else that is Stitch, but also not Stitch. I give Imagineers props for the wonderful audio-animatronics, but I just can’t abide this makeover
Grade: 2/5

In the end, “Stitch’s Great Escape” is not the worst attraction makeover of all time, that honor goes to the more recent “Country Bear Jamboree” massacre. I’m hopeful that the “Frozen Forever” makeover of Maelstrom will be a good one. They’re pulling a ‘Test Track’ and leaving the boat flume (for the most park), but changing just about everything else. I’ve decided to be open minded and hopeful they’ll pull off something that is charming, repeatable, and, most of all, tells the story of Frozen in a way that makes sense, but doesn’t rely on that “Let it Go” anthem to do the job.

Do agree with my assessment? Let us know in the comments below.