Attraction makeovers: a few candidates that Disney may have overlooked

With New Fantasyland, Avatar, Toy Story Land, and Star Wars Land all major projects recently completed or on the horizon, Walt Disney World may seem like it’s in a perpetual state of makeover. It’s certainly true that the company is spending a lot to remake large sections of its parks, however, there are some areas that may have escaped the attention of management.

We just looked at Disney’s mixed record with attraction makeovers, but I would like to humbly suggest there are a few ‘worthy’ candidates for future makeovers. Even sacred cows should not be left abandoned and bereft of pertinence. As much as it pains me to say it, Walt Disney’s classic Carousel of Progress attraction needs a makeover. I believe even Walt would be disappointed that this attraction exists more as a museum piece than a functional theme park attraction. The concept of inspiring progress through innovation is a good one and I love the rotating theater concept, however, this attraction lives in the past, quite literally. It desperately needs a new vision. Return this attraction to a positive vision of the future with an integrated city of the future with new scenes that highlight trends of today and extrapolate how we’ll be changed by them in the future. For instance, take transportation with our system of mass transportation today and show how the future will be ruled by autonomous self-driving vehicles that go directly from pickup to destination. 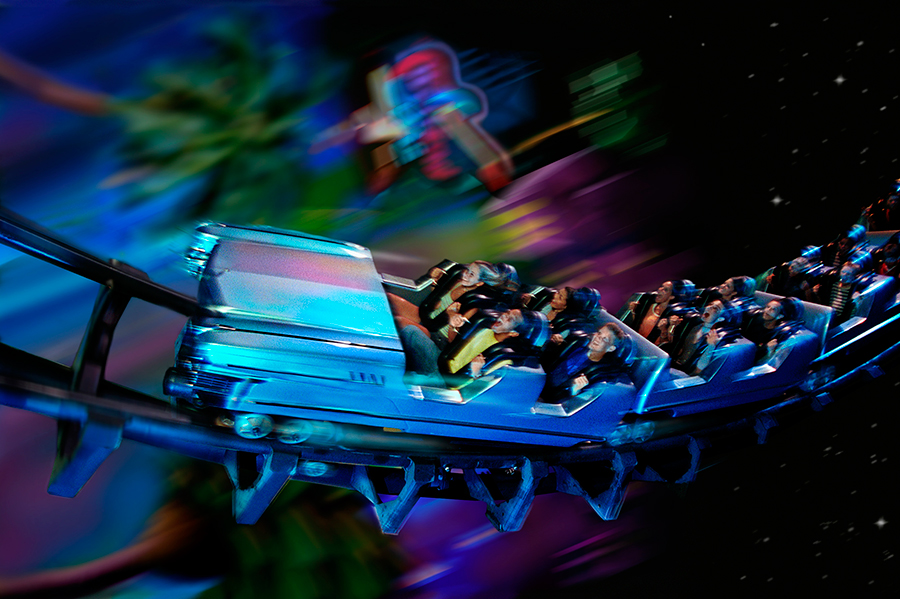 The attraction needs more than a small makeover. It needs to be brought into the modern era. Major record labels are passe and Aerosmith is about as relevant to today’s youth as Humphrey Bogart. Disney could look toward its recent acquisition Maker Studios for some help here. Flip the attraction to focus on online videos and the potential everyone has to be a star.

I love the idea of a 30-minute ride through air-conditioned bliss, but the attraction itself has seen better days. Time for a new vision. Ditch the decades old science on petroleum based fuels and move to the modern day needs for neutral or environmentally friendly power sources. There is a need to show how we have to do our part to reverse global climate change and it can begin in this attraction. Right now that message isn’t being heard at all. Alternatively, go back to the concept once heralded by Horizons. (See above as Horizons was seen as an update to the message of Carousel of Progress. Perhaps move the CoP to Epcot.)

As we established yesterday, the most recent update to the Country Bear Jamboree was really a massacre that has left the show wounded and bleeding. Let’s import a bit of magic from the new Star Tours and a bit of gamefication by allowing the audience to vote for what song it wants to hear via applause levels. The show would then have the potential to be different with segments that mix and match to make a variety of shows each of which feature our favorite characters along with familiar and new songs.

On a slightly different note, this isn’t just one attraction that deserves a makeover, but a whole land. The road-side attractions that littered the landscape during America’s fascination with long distance car trips can certainly be commemorated, but the weird mix of a barely themed parking lot full of state fair games needs to go. It’s way too carny for a Disney theme park. I also think the park needs a few more kid friendly attractions and this is the perfect area to do it. Let’s just add a bit more class to the land.

Finally, we’re taking it up a notch. There’s actually a whole theme park that needs an upgrade. We know Disney’s Hollywood Studios is scheduled for a name change and two new lands. The rest of the park mustn’t be neglected either. Other Hollywood Blvd and parts of Sunset Blvd, the themeing is only a light veneer. After seeing the wild success of adding the story of Walt Disney’s 1930’s and 40’s life in Southern California to Disney California Adventure, I would like to see the same thing done in Orlando. While they’re at it, give the park a true entertainment corridor that can host a parade without clogging up the main entrance and primary thoroughfares. At one point this level of makeover was on the table, but lately I haven’t heard much about it. Let’s hope it’s back on the table and Disney’s Hollywood Studios (or whatever name they come up with) finally reaches its full potential.

Well that’s it for my short list of attractions, lands, and theme parks that still deserve makeovers. Do you disagree with any of my suggestions? or do you have a few of your own?