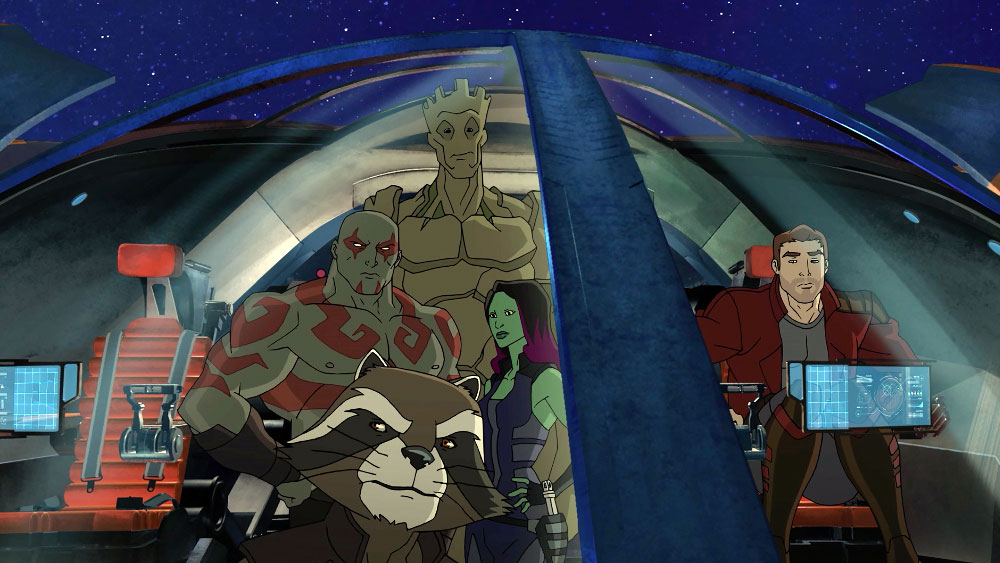 If you haven’t been watching the Disney XD animated series “Marvel’s Guardians of the Galaxy,” perhaps now’s a good time to start. The show has been attracting a large enough audience that Disney has ordered a second season. Dan Buckley (Marvel’s President, TV, Publishing and Brand Management) and Joe Quesada (Marvel’s Chief Creative Officer) just made the announcement at New York Comic-Con. The second season will continue the thrilling space adventure that follows the ragtag group of misfits that fans have come to love as they fight to protect the galaxy. “Marvel’s Guardians of the Galaxy” season two is currently in production and slated to premiere in 2017.

“We’re pleased to give fans a new season of ‘Marvel’s Guardians of the Galaxy,’ taking them deeper into the Guardians’ universe,” said Marc Buhaj, Senior Vice President, Programming and General Manager, Disney XD. “The team at Marvel Animation continues to deliver great stories that capture the tone and spirit of the feature film and provide entirely new chapters to the Guardians of the Galaxy story.”

“We are thrilled at the positive response to ‘Guardians’ from fans of all ages, and we are looking forward to bringing them more adventures with these dynamic characters,” said Dan Buckley, Marvel’s President – TV, Publishing & Brand Management. “There are so many possibilities with the Guardians franchise, and season two will take viewers even deeper into this rich universe.”

In the exciting second season, the Guardians of the Galaxy and The Avengers team up to stop evil alien mad scientist, The High Evolutionary! After an epic battle, The Guardians discover an ancient weapon with mysterious powers. Now, with every alien baddie in the galaxy trying to get their hands, paws and tentacles on this weapon, The Guardians must unlock its secrets before it destroys them and everything they’ve sworn to protect.

Disney XD is currently airing all-new episodes of season one on Saturday nights throughout the month of October featuring the “Hunt for the Cosmic Seed” story arc. A chance encounter with the Collector reveals more about the strange artifact the Guardians picked up – it’s a Spartaxian CryptoCube, but it’s incomplete and requires Pandorian crystals to work properly. Fortunately, the Collector knows where they can be found but it requires a perilous journey.

Do you, or anyone you know, watch this show? Are you more likely to add this cartoon to your viewing rotation now that you know it will get a second season?