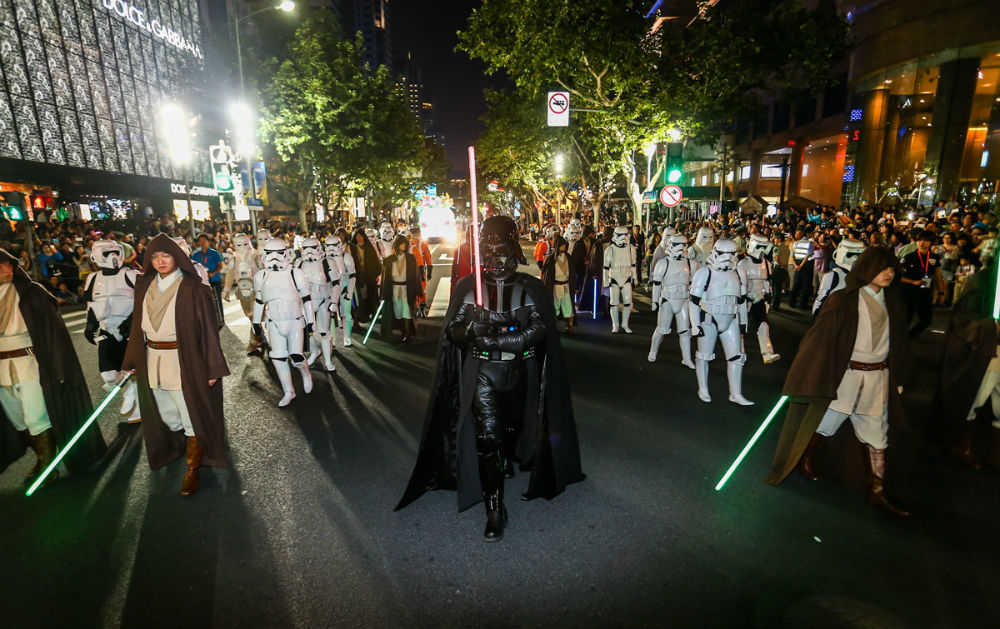 As part of the 2015 Shanghai Tourism Festival, Disney hosted a parade to both kick off the event, and promote the upcoming release of the new Star Wars movie, “The Force Awakens.”

Organized by Disney, and led by some of the hit film franchise’s most recognizable stars, the “Star Wars: The Force Parade” gathered together over 40 characters from across the series to date as they marched their way down Huaihai Road, one of Shanghai’s most famous upmarket thoroughfares.

The parade, which occurred on September 12, was led by Darth Vader, and included R2-D2, Jedi, and Stormtroopers walking side by side. 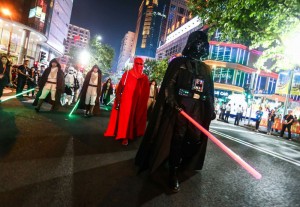 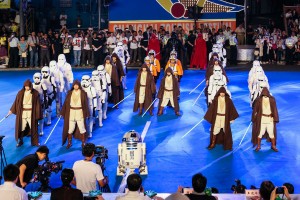 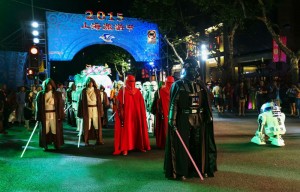 In addition to the crowds that came to catch a glimpse of Star Wars characters in person, the parade was also broadcast on national television in China, giving more than 200 million viewers the opportunity to enjoy the spectacular celebration.

I wonder if this parade also served to give the city a taste of what to expect when Shanghai Disney opens in Spring 2016. I say the park should make this one of their daily parades…what do you think?