The Landing at Disney Springs Gets New Boat Dock 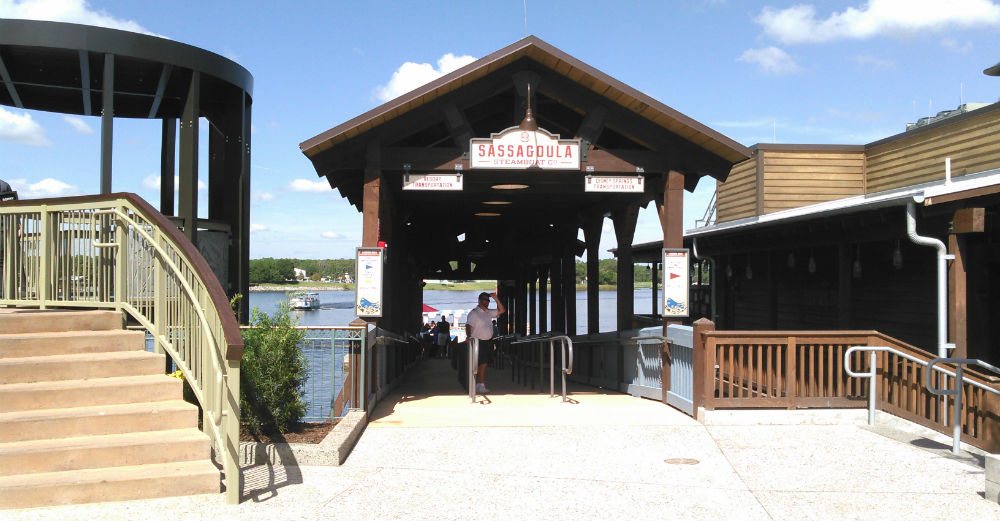 Along with the debut of Jock Lindsey’s Hangar Bar at Disney Springs, another surprise was revealed when the construction walls came down: The Landing has a boat dock again for Disney’s free water transportation.

The ramp to the boats sits between Paradiso 37’s outdoor patio, and the newly opened Jock Lindsey’s Hangar Bar, and it will make accessing The Landing’s shops and restaurants so much more convenient.

This new boat dock offers connections to the West Side and Marketplace docks. It is also a new stop in the transports that go to Disney’s Old Key West resort and Disney’s Saratoga Springs from the Westside dock by House of Blues.

If you want to go to either Disney’s Port Orleans resorts, you’ll still need to take the boat from the Marketplace, but at least now, there is a boat connecting the Marketplace with this section of Disney Springs again.

Personally I’m so happy this new boat dock is open. That bridge hill coming from the West Side can be rather strenuous, especially when it’s 90 degrees or hotter.