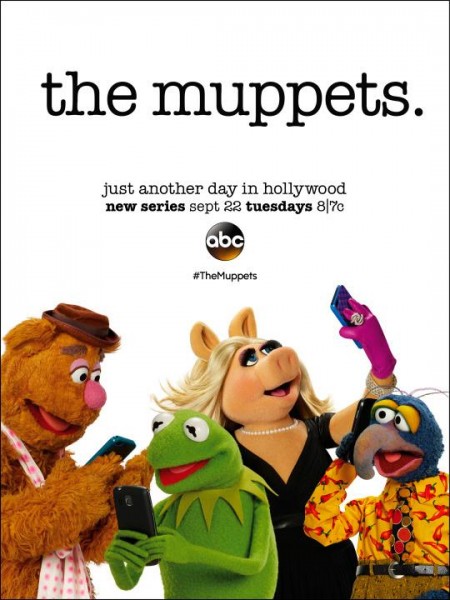 ABC’s Fall Season is here, so that means more me! Hold your applause, really, it’s too much. I will be bringing you mini-reviews of all of this fall’s new pilots, just like in the past. First up, one of the most anticipated and most discussed shows on broadcast TV in years, The Muppets’ return to television.

Set-Up: This show takes on a mockumentary style, a la 30 Rock, The Office, Friday Night Lights, etc. Lots of sneaky shots, lots of one-on-one interviews, lots of fun. “Up Late with Miss Piggy” is the backdrop for the show, as the beloved characters run the late night talk show, headed up by the illustrious pig herself.

Thoughts: The pilot is solid, and the second episode is even better. Some recent reviewers have been commenting on how the adult jokes that are unnecessary and that seeing the characters in human positions doesn’t make sense and ruins their allure (cough, cough Forbes). Those people clearly have never watched an episode of the The Muppet Show, because that is exactly what it was.  All these complaints about human environments and topics being annoying for The Muppets is, in turn, annoying me. I loved seeing my favorite characters take over key roles in a television environment, with Sam the Eagle stealing every scene he’s in, thus far. Kermit and Miss Piggy’s relationship is discussed a lot in the pilot, and in a fantastic scene that tugs at your heartstrings. The one large con, of the pilot at least, is Fozzie dating a human. The plot line never really creates any laughs and all I can think of is “GO BACK TO THE MUPPETS!” The show, being set around a television program, allows for a ton of celebrity cameos, and everyone that I’ve seen thus far is fantastic. Elizabeth Banks kills during a golf cart scene that will have you peeing yourself from laughter. Friendly for kids, incredible for adults. This is going to be one to stick with.

Time Slot: Tuesdays at 8pm EST has been a tough one for ABC, and this year is no exception. Paired with Fresh Off the Boat, the great sitcom that finally struck a chord ratings wise in the time slot, they both have the potential to take this show into Season 2 ratings territory. I wouldn’t be surprised for it to rise in the ratings from week 1 to week 2, as the premiere has to deal with a 2 hour Scream Queens launch, before its usual two competitors, The Grinder and Grandfathered, appear during week 2. If anyone can break the ratings slump, it’s The Muppets.

Overall Rating: A fantastic show that the whole family can enjoy, for different reasons. 4.5 out of 5 Waka-Wakas.