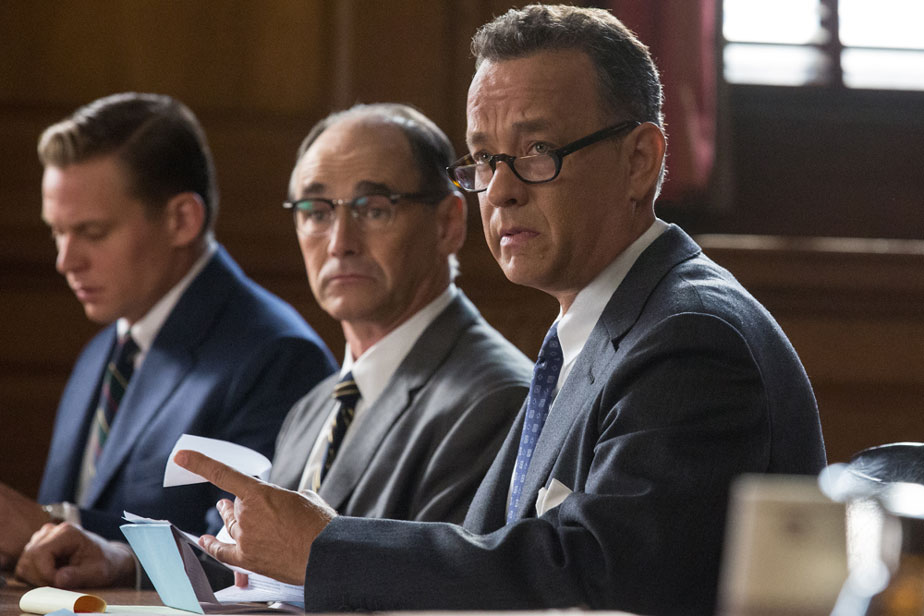 A new trailer from the dramatic thriller “Bridge of Spies” is now available. It’s a gripping story of a Brooklyn lawyer who finds himself thrust into the center of the Cold War when the CIA sends him on the near-impossible task to negotiate the release of a captured American U-2 pilot.

“Bridge of Spies” is directed by Steven Spielberg and stars Tom Hanks. Screenwriters Matt Charman and Ethan Coen & Joel Coen have woven this remarkable experience in Donovan’s life into a story inspired by true events that captures the essence of a man who risked everything and vividly brings his personal journey to life.

This is likely the last film in the distribution partnership between Steven Speilberg’s Dreamworks Pictures and Disney’s Touchstone Pictures. I’m a little sad about that, but Disney is a different studio now than it was before it made the deal with Dreamworks. I hope this doesn’t affect the chances of Spielberg one day agreeing to do a second Roger Rabbit movie.