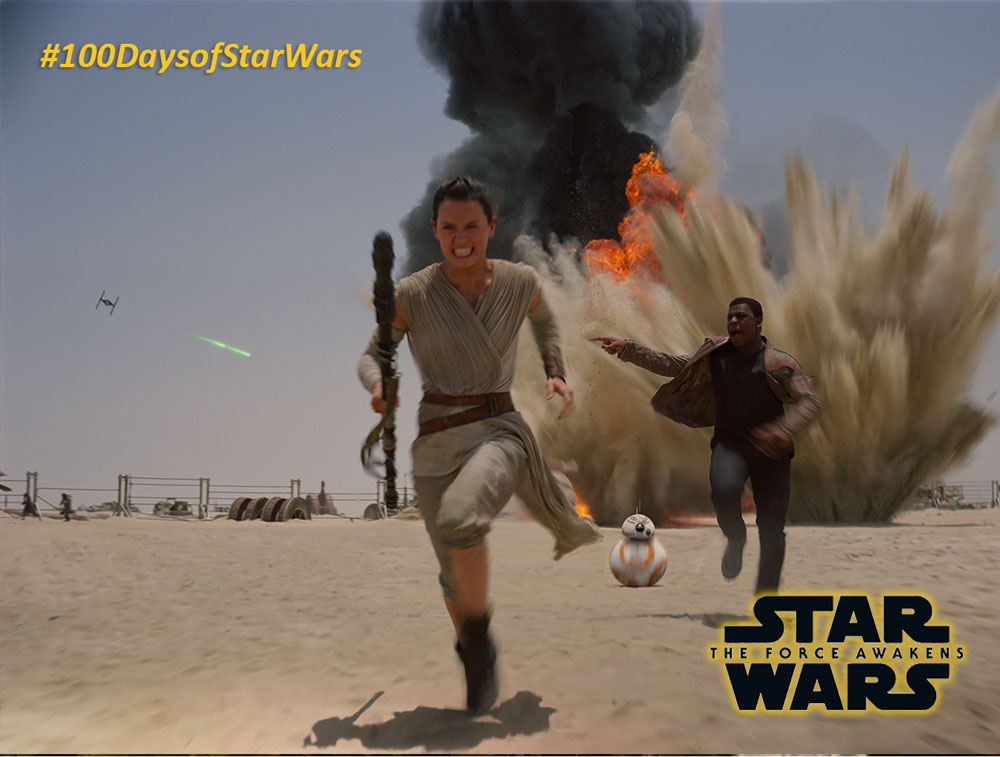 Star Wars: The Force Awakens was shot on 35mm film with one scene filmed in IMAX format. (We’re told it will be on the planet Jakku as evidenced by the IMAX format movie images (like above)) Episode VII will take over all the large format IMAX screens in North America for the first four weeks of the films release. IMAX has done this before for films like the three Hobbit movies, but it hasn’t done it recently. The arrangement might be extended beyond the first four weeks if ticket sales continue to be strong. Speaking of ticket sales, it’s rumored tickets for IMAX screenings might go on sale as early as later this month.