Disney Springs to add a “Walt’s” restaurant and more news 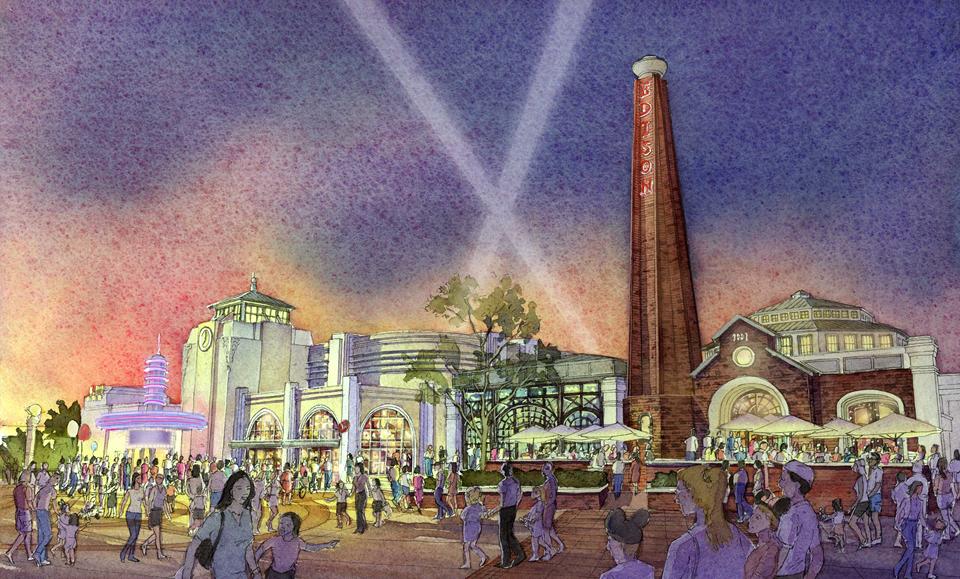 Thanks to Orlando’s premiere food and restaurant reviewer Scott Joseph, we have some more details on new restaurants and experiences coming to Disney Springs.

Joseph has been able to confirm that two rumored venues will in fact be coming to Disney Springs. Disney has already officially announced the steampunk inspired restaurant “The Edison,” but what they haven’t told us is that a secret venue (like a speakeasy) called the Neverland Tunnels will make a home below the former Adventurers Club location. It will reportedly be accessible only through The Edison and another unannounced project “Walt’s.” As you might guess, the theme of the Neverland Tunnels is Peter Pan and the Lost Boys. But it will be an adults only location (at least after a certain time of the day).

The “Walt’s” restaurant has been rumored ever since its logo appeared on some leaked slides from the presentation Disney made to pitch companies to open shop in Disney Springs. There is a Walt’s in Disneyland Paris and it’s often been hoped that the experience would be cloned for Orlando. That just may be coming true. We’ll see if Walt’s favorite chili recipe is on the menu.

Finally, according to a second post from Joseph, it looks like Rick Bayless (know for his Chicago restaurants and his “Mexico! One Plate at a Time” series) will be opening a Disney Springs location. Of all the announcements, this is the one that excites me the most as I’ve long longed to dine at one of Bayless’ restaurants.

Scott Joseph also was treated to an early sneak peek of Morimoto Asia. He has some of the first interior pictures of the location on his flog.