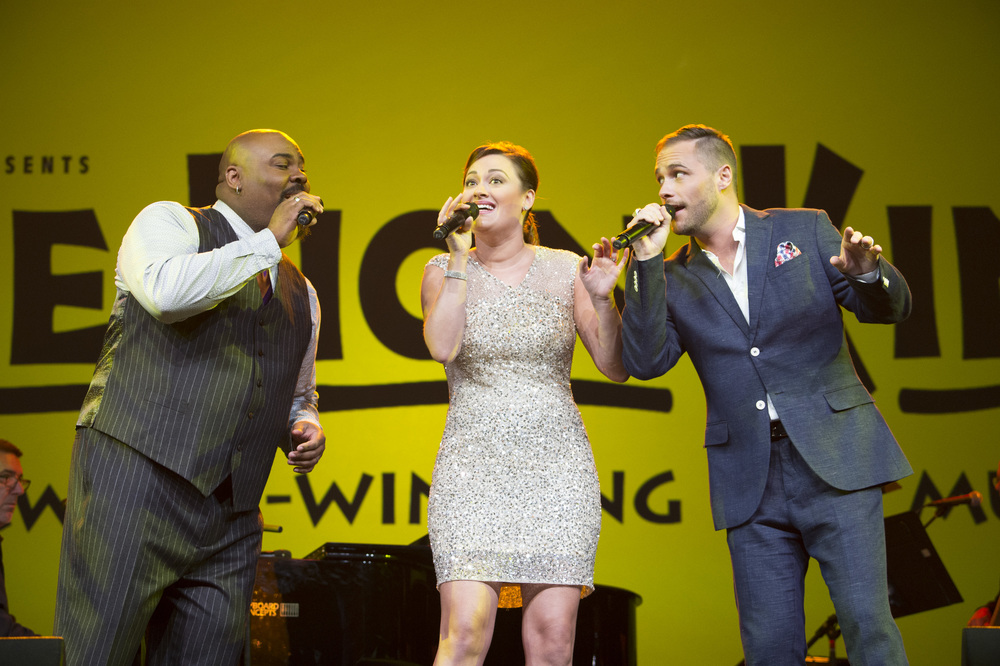 This last Saturday, Disney asked three of its Broadway musical ‘originals’ to perform a Disney musical medley at the D23 Expo in Anaheim. These performers all originated the role on Broadway, even after they’d been made famous by someone else, not an easy task. But they were definitely up to it.

Audience members Were treated to performance on stage from the very talented James Monroe Iglehart (Disney on Broadway’s The Genie from Aladdin), Ashley Brown (Broadway’s Mary Poppins), and Josh Strickland (Broadway’s Tarzan). While the performance included songs from Newsies, Aladdin, Mary Poppins, The Lion King, Frozen, The Little Mermaid, Beauty and the Beast, and Tarzan, to name a few. Disney has only shared a few of the numbers with us.

The good news, is all three stuck around backstage afterwards and we were sent these fun interviews with the three stars. During the interviews they each talk about their love of Disney and how they came to their roles.

What is the last Disney musical you saw on Broadway or traveling through your town?