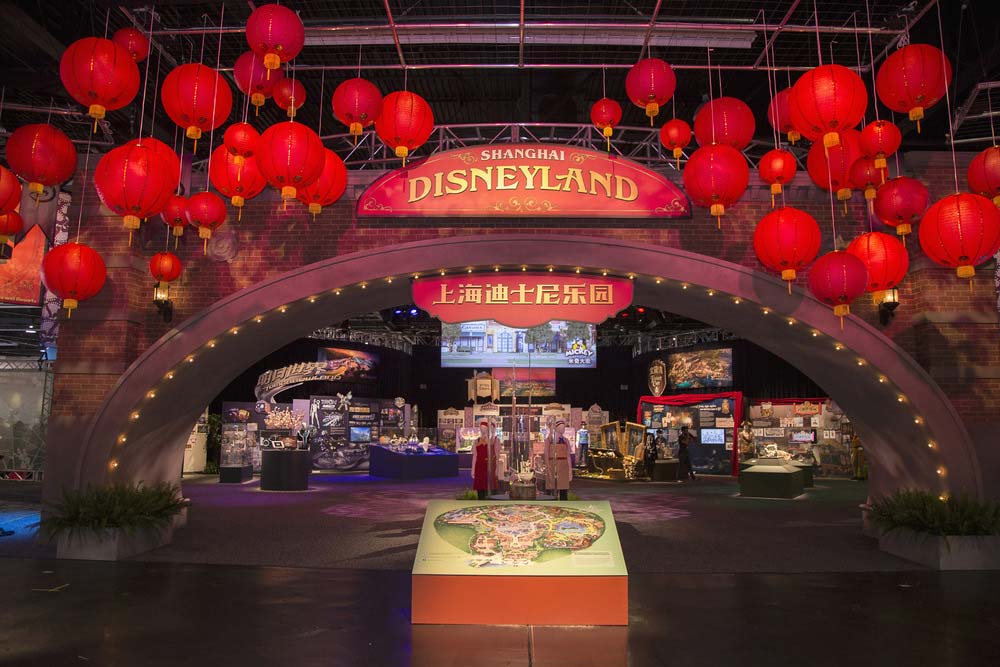 Today is the first big day for D23 Expo out in Anaheim. But before the floor opens, we’re getting our first look at the much-anticipated Shanghai Disneyland exhibit in the Walt Disney Parks and Resorts pavilion.

In Tomorrowland the Jet Pack attraction looks like it might be a decent update to the traditional spinner attraction plus the TRON Lightcycle Power Run looks fantastic. Too bad the revival of the movies fell flat. Mickey Avenue will be the park’s Main Street USA. In the back right there’s also a look at Treasure Cove, which will house the Pirates of the Caribbean attraction. 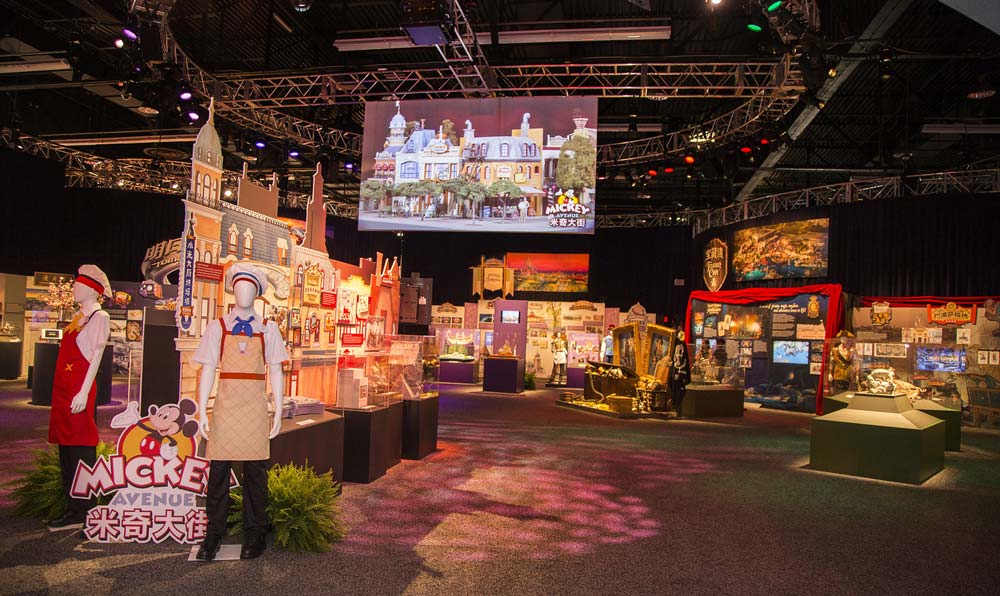 Disneytown is the equivalent of Downtown Disney. It will have a theater capable of hosting Broadway caliber shows and will open with The Lion King musical. This is something they should definitely bring to Orlando. Here’s another overview of the pavilion. I wish I had a closer look at the Fantasyland / Storybook Castle exhibit in the back. Maybe soon. 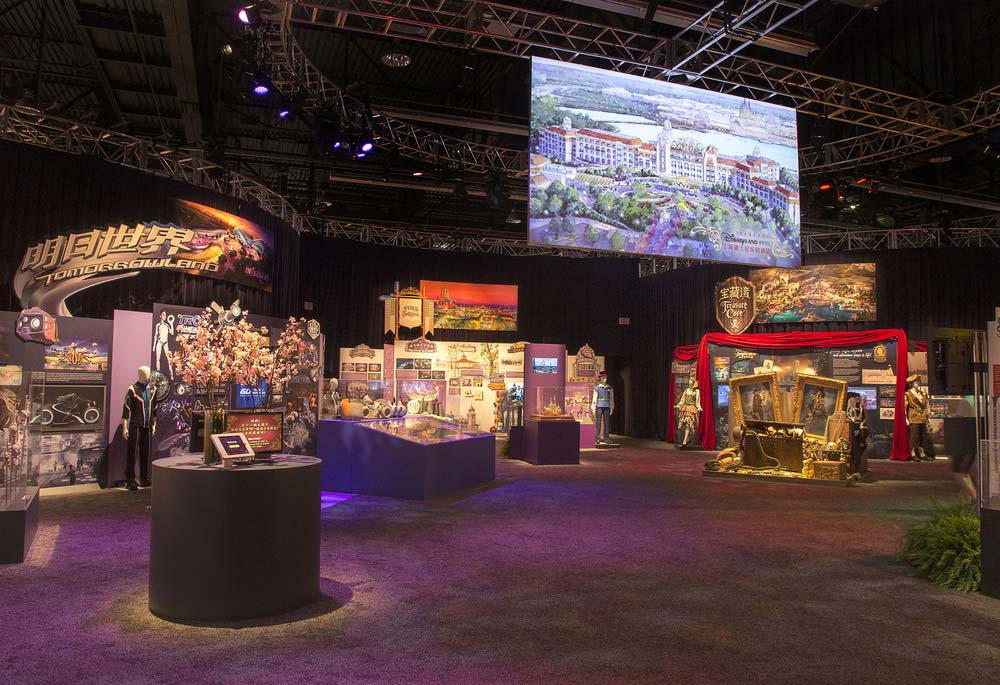 If you’re interest the Disney and More blog has some great overhead aeriel photos of Shanghai Disney Resort and pictures of the model recently displayed to press. It’s huge, so you can see why it didn’t make the trip Anaheim.

What do you think of what Disney is building for the residents of Shanghai? Have you seen anything you’d like to have brought stateside?