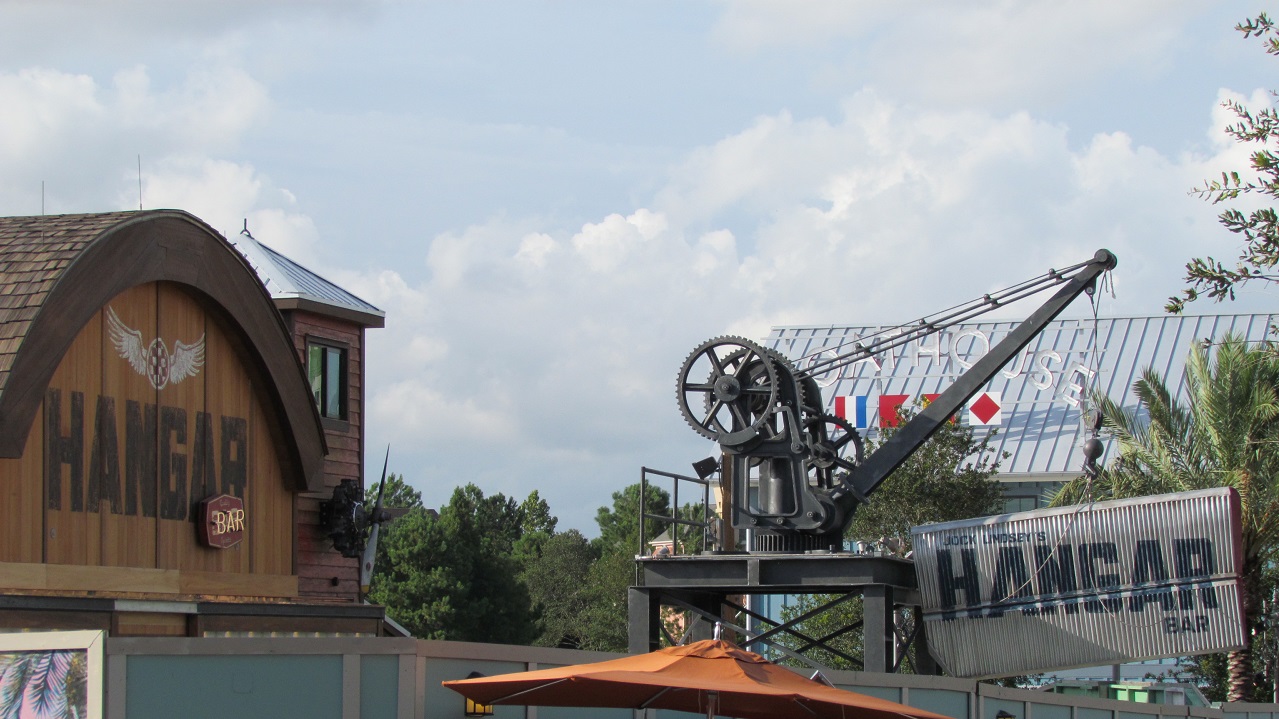 They’re making a lot of progress at Jock Lindsey’s Hangar Bar in The Landing area of Disney Springs. The exterior now has safety rails and there’s a giant new sign out front. The interior will feature decor and food related to the Indiana Jones franchise.

Jock was often called on by Indy to pilot him around in one of his planes. Remember the scene in the first movie with the bi-plane and the snake? Well that snake was called Reggie and Jock named his steamboat after the snake. Now Reggie serves as an outside seating area for the bar.

Here’s video of the progress as of this most recent weekend:

Turns out more than just decor and backstory is related to the Indiana Jones franchise, the food has some clever tie-ins as well. We just learned about some of the items that will be on the menu.

The primary food items are all ‘small plates’ meant to be shared with friends while enjoying a drink or two in the bar. 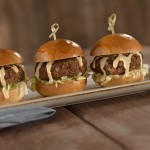 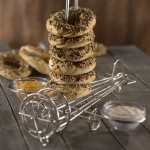 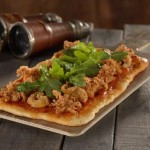 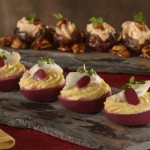 Don’t neglect the adult beverages either. Cocktails include Reggie’s Revenge and The Fountain of Youth featuring Florida vodkas; Hovito Mojito and The Bitter Barkeep with Peruvian Pisco; Anything Goes with an Asian spirit that packs a little heat; The Aviator’s Flight and The Scottish Professor, and that Cool-headed Monkey with African spirits.

It’s also interesting to note that Walt Disney Imagineering has decided to tie in the stories of Indiana Jones with the Society of Explorers and Adventurers. The SEA has ties to other Disney theme parks. The story originated at Tokyo DisneySea’s Fortress Explorations walkthrough (itself a tribute to the Downtown Disney Adventurer’s Club) and also appears as part of the Tower of Terror attraction. At Hong Kong Disneyland, Mystic Manor is also a meeting place for the Society. Finally, recent additions to the Big Thunder Mountain queue at the Magic Kingdom indicate that the mine owner Barnabas T. Bullion is a member of the Society. Could that be a hint that a new attraction with ties to the SEA will be coming to the jungles of Adventureland at the Magic Kingdom?

I’m looking forward to exploring how the world of Indiana Jones co-mingles with Disney Springs at Jock Lindsey’s Hangar Bar, how about you?