The secret behind the voice of Disney’s Bambi 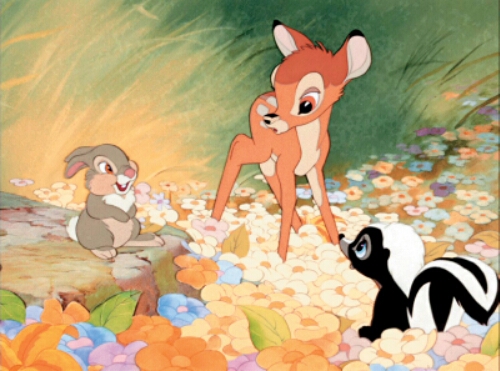 Would you believe me if I told you the voice of young Bambi from the Walt Disney animated classic grew up to be a war-hero, a decorated Marine and widely respected drill sergeant?

I wouldn’t have believed it myself if I hadn’t heard Donnie Dunagan, the voice of Bambi himself, on NPR’s Storycorps this morning.

As you can imagine, Dunagan had to keep his brush with fame a secret from his fellow Marines or forever be branded as Major Bambi. But it did get out eventually, just before he retired in 1977.

This is such a great story and a fun answer to a common question at Disney conventions, whatever became of X, in this case, the voice of Bambi!

Read more on NPR and listen to the 3 minute Storycorp segment.