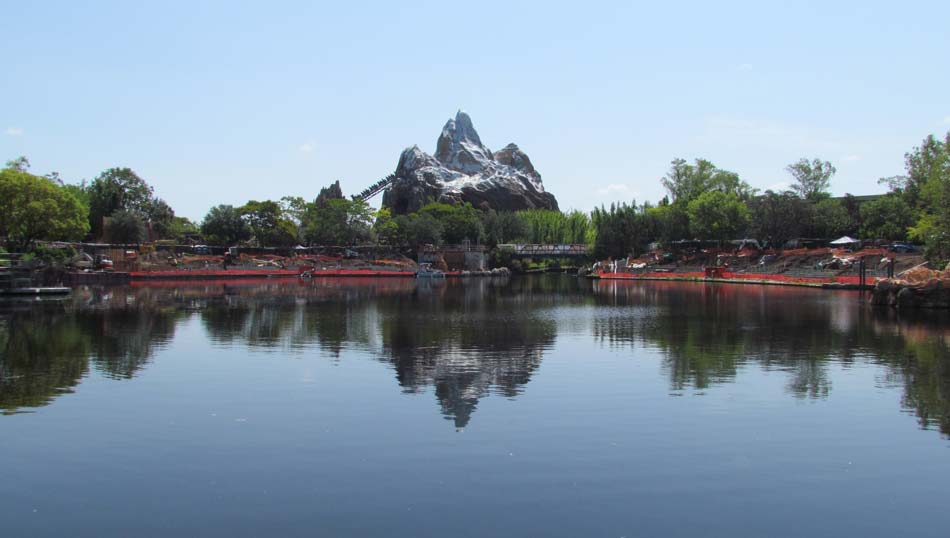 Checking in on the construction around Disney’s Animal Kingdom for the Rivers of Light water show. They’ve really started to work on the standing/sitting areas for the banks of the river.

What looks like it will become the control booth is also getting a focus. It also seems like there will be some Dessert Party seating around that area. There will likely be some sort of Fastpass+ area, but both banks look like they’ll have great views of the water show.

One thing I’m not seeing is any work on platforms for fountains like they use in World of Color. It’s possible that all that work is being done backstage and will be trucked in when they drain the river. Alternatively, all the ‘fountains’ could be based on barges similar to what they do in Illuminations or at DisneySea’s Fantasmic show. The moving barges of DisneySea’s Fantasmic are pretty impressive. I hope they go that route.

The terraced banks do look like there will be room for seating down near the river and standing up near the top. If you look close there are some light poles being installed, you’ll definitely want to be seated below those to get an unobstructed view.

If you couldn’t watch the video up above, here’s a gallery with shots of most of the construction: 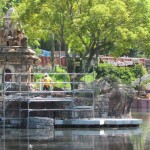 White pipes have been shorn from the platform 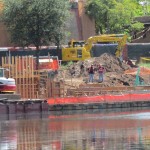 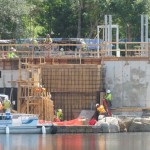 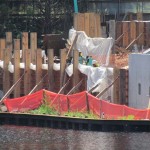 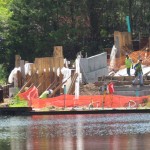 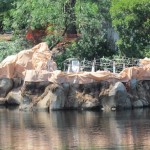 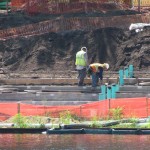 More seating on Dinoland side, 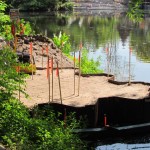 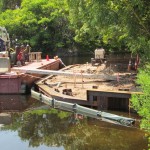 What do you think about the progress so far? Are you looking forward to seeing “Rivers of Light”

previousDisneyland Paris being investigated for illegal ticket restrictions
nextCreating the sets for Tangled: The Musical on the Disney Cruise Line