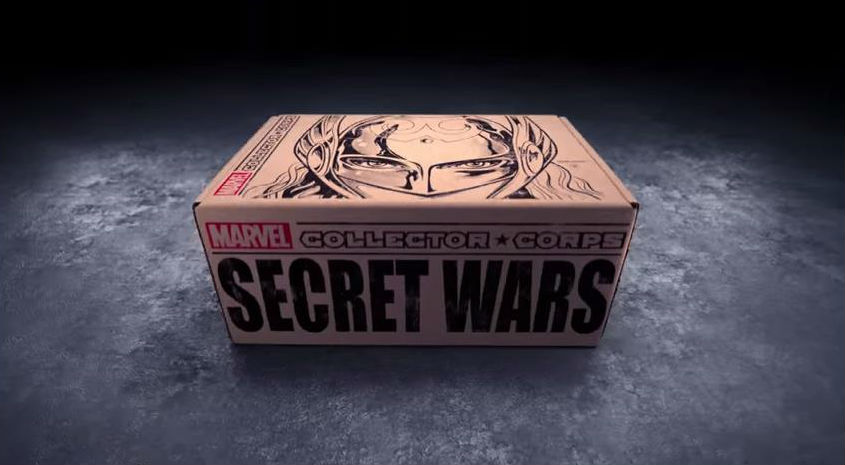 Marvel Collector Corps is a collaboration between Marvel and Funko that offers a different themed box every 2 months filled with memorabilia. In fact each box promises $50 worth of product, including limited edition items you can only get in the box, for only $25.

The theme for the August box is Secret Wars, but the site offers no other clues as to what’s inside. This week, however, Funko released a teaser video for the box on its YouTube page.

Here is the video:

Yup, that’s Thor’s hammer, Mjolnir, crashing into the box featuring a drawing of female Thor. But will it be that Thor, or more than one Thor? In the comic world, Secret Wars has several versions of the God of Thunder and you can read a bit about it at marvel.com.

If you want to reserve your Secret Wars box, you only have until August 16th to do so. Visit collectorcorps.com to order.