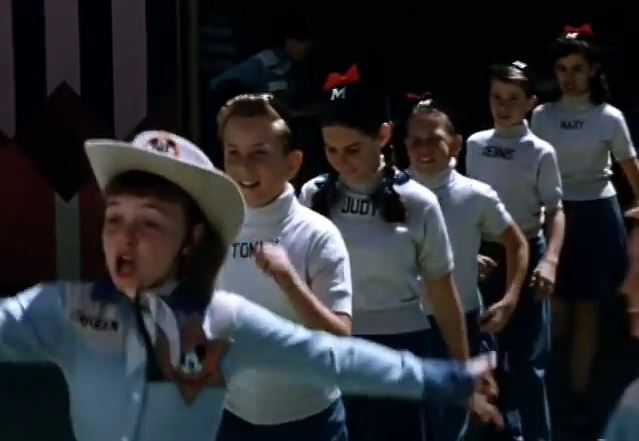 Here’s a bit of rare color footage from their portion of opening day:

You’ll be able to see members of the original Mickey Mouse Club at this year’s D23 Expo. The “Celebrating Walt Disney’s Mickey Mouse Club – 60 Magical yEARS” panel will be hosted by author Lorraine Santoli on Sunday of the event.

Among the invited Mouseketeers are Sherry Alberoni, Sharon Baird, Bobby Burgess, Tommy Cole, Darlene Gillepspie, Cubby O’Brien, and Doreen Tracey. Also on the panel are Spin and Marty (aka Tim Considine and David Stollery). Expect lots of great stories and a one-of-a-kind performance filled with memories, music, and magic.

If retro-Disney is your thing, you won’t want to miss Charles Phoenix’s panel “Big Retro Disneyland Slide Show!” on Friday. Phoenix has amassed a unique collection of images and will share them with you. Expect ot see early color photos of Main Street USA, Adventureland, Fantasyland, Frontierland, and Tomorrowland, plus many of the park’s expired attractions.

Other panels to see include

Tickets for D23 Expo are still available at D23Expo.com

previousTeaser Trailer for Shanghai Disneyland – Pirates of the Caribbean
nextOnce Upon A Time season 5 preview: The Dark Swan