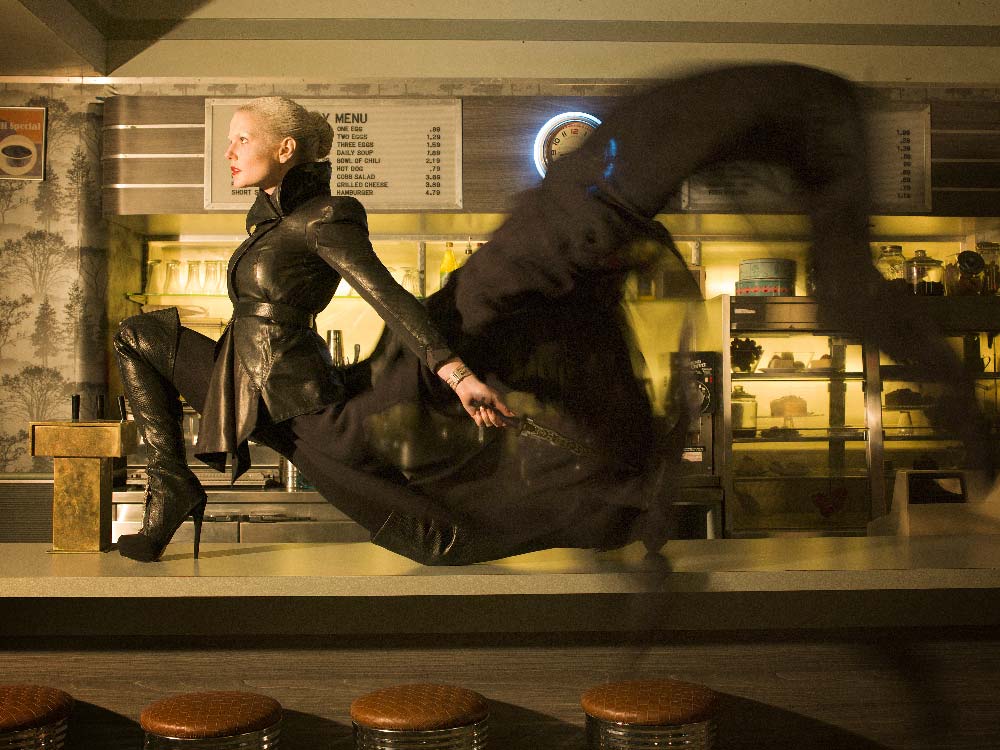 There is only so much loss and interference in one’s life one can take before they snap. When you live in the magical sleepy village of Storybrooke, that means major complications for Emma Swan and the rest of the citizens. At the end of last season Emma took on the dark powers to save Regina. Now we get to see the complications.

The folks at Comic-Con got a first look at Emma Swan’s change to The Dark Swan in this season 5 preview:

Also coming to Season 5 are Camelot, and Merida from Brave. Merida will be played by Scottish actress Amy Mason. Here’s a video of Merida’s Archery Practice that had audiences cheering at SDCC:

We can also share short preview from SDCC entitled “Monster in Hiding” where Emma extracts a jail guard’s heart and turns it to ash.

Season five will be set in Camelot, which we’re told is in a parallel timeline. The primary plot will be asearch for Merlin, who is believed to be the only one who can save Emma from the dark powers.

Season 5 of Once Upon A Time will debut on September 27.