Comic-Con will get a special visit from Marvel’s Agent Carter and the show will call Los Angeles home for the start of Season 2. This according to a new profile in EW.

SSR Agent Peggy Carter (Hayley Atwell) has to tackle a case that goes beyond the purview of the Los Angeles Police. While on the case she’ll encounter the wealth, glamour, beauty and gritty underside of Los Angeles. In addition, the show will take on a very noir feel, to better suit the new Los Angeles setting.

Agent Carter won’t be alone out there on the west coast. Jarvis (James D’Arcy) and Agent Sousa (Enver Gjokaj) will join the investigation along with a few more you’ll remember from season one. It will be interesting to see how the respect from her colleagues continues to grow after the end of Season 1 where Peggy proved her value to the SSR.

Here’s the synopsis for the new season:

“Dedicated to the fight against new atomic age threats in the wake of World War II, Peggy must now journey from New York City to Los Angeles for her most dangerous assignment yet. But even as she discovers new friends, a new home — and perhaps even a new love — she’s about to find out that the bright lights of the post-war Hollywood mask a more sinister threat to everyone she is sworn to protect.” 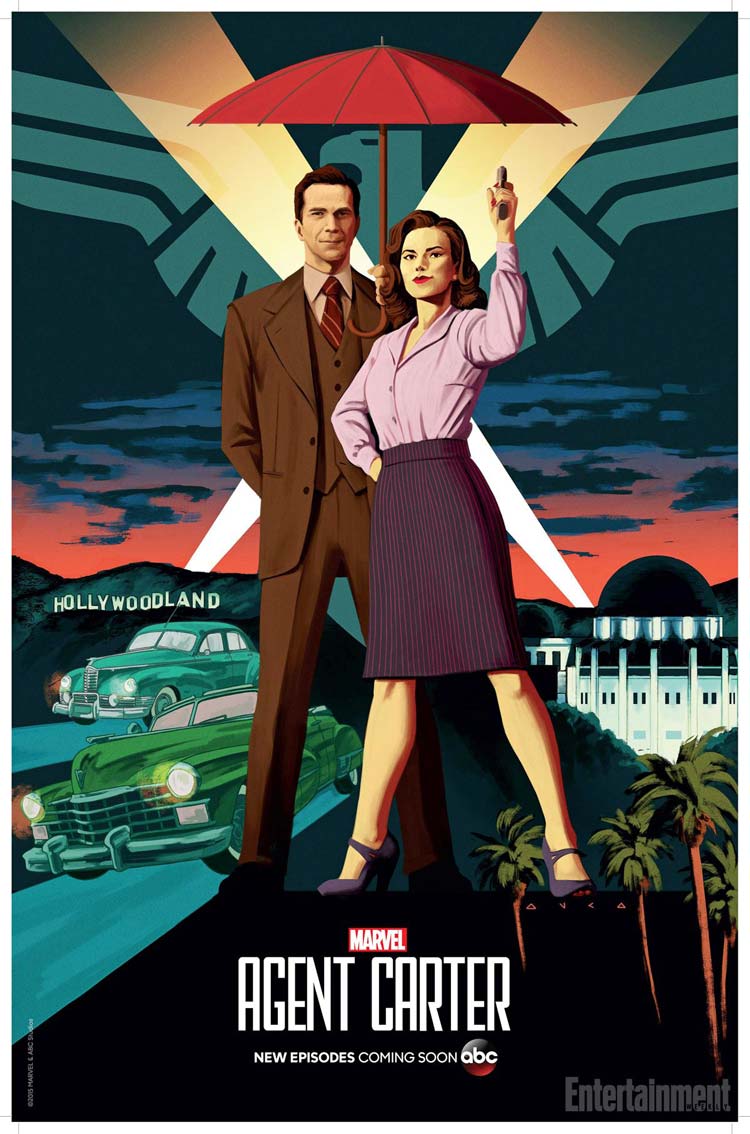 If you’re heading to SDCC be sure to visit the Marvel both to get a copy of the season 2 poster.