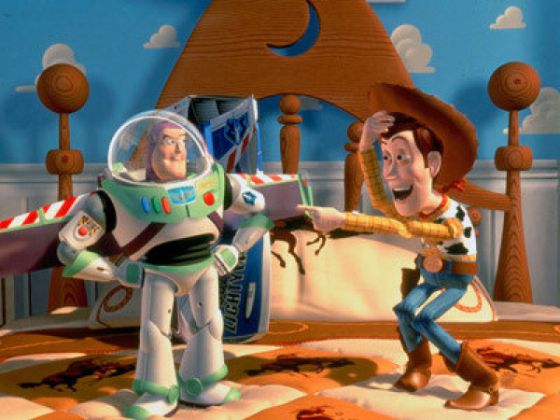 After much prodding from fans, the irreverent film fans at Screen Junkies has released one of their infamous “Honest Trailers” for Pixar’s first full length cg animated film “Toy Story.” They make some good points, but also have to admit that the movie is just so good, it’s hard to parody.

Yes, that’s Will Sasso on the “You’ve Got A Friend in Me” spoof. Just wrong, but so funny.

I had forgotten how bad the animated humans were compared to today’s versions. Oh well, gotta love seeing how far Pixar has come.

Previously: Toy Story 4 in the works at Pixar.