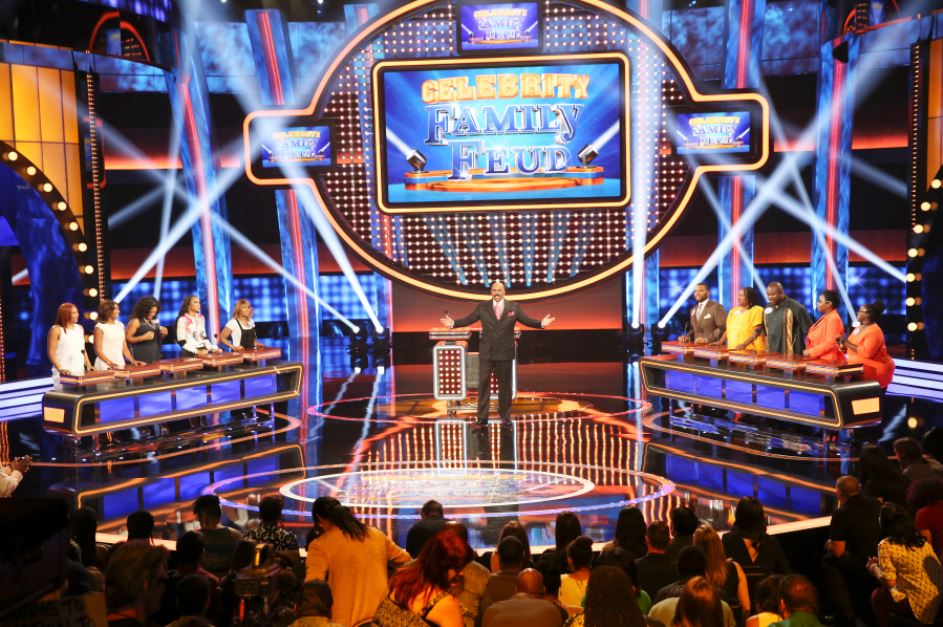 Disney and ABC are upping the game when it comes to the long running Family Feud game show. Celebrity Family Feud pits two celebrity groups against each other as they compete for a chance to win up to $25,000 to donate to a charity of their selection.

The series premiere of “Celebrity Family Feud” will feature actor Anthony Anderson’s (“black-ish”) family vs. 7-time Grammy Award-winning artist Toni Braxton and her sisters; and in a separate game, family members from Australian celebrity chef Curtis Stone and actress Monica Potter will spar off against each other.

In game one the two contesting teams are:

In the other game the two contesting teams are:

Maybe Disney has found a replacement for American Idol in its new Hyperion Theater. Too bad they moved Frozen in there instead.