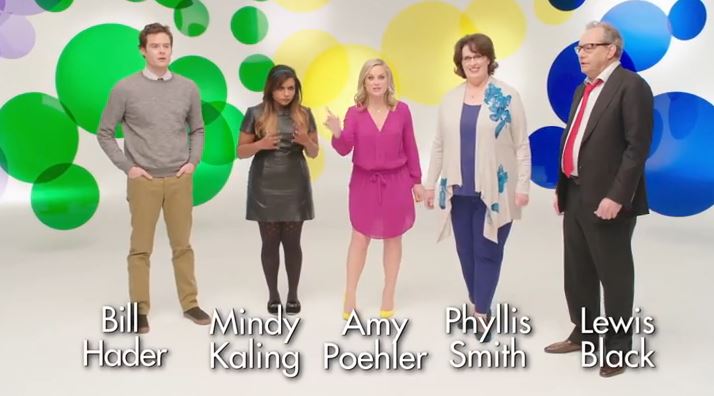 Creating Pixar’s “Inside Out” was a five year process that started with an idea and ended up with one of the most brilliant animated films to come out of Emeryville, CA. And that’s saying a lot. Inbetween those moments of time stuff happened. Who better to explain it than people who were involved in the making of the film — the voice cast.

When the voice cast of Pixar’s Inside Out was brought together for the first time, for some promotional work ‘natch, the studio also took the opportunity to ask them to describe what goes into making a Disney/Pixar animated movie.

As you can guess, the result is hilarious:

Usually when actors record dialog for an animated film they’re alone in a booth with the director talking in their ears. Can you imagine the craziness that would have ensued if Pixar had them all record together?

Previously: See 14 hidden Easter eggs in Pixar’s Inside Out.