Marvels’ Ant-Man gets shrunk down to size and compared to three of Marvel’s biggest super heroes: Thor, Iron Man, and Captain America. 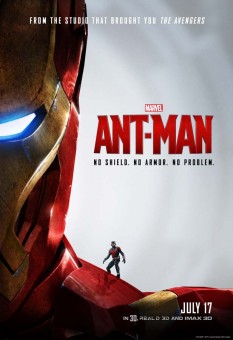 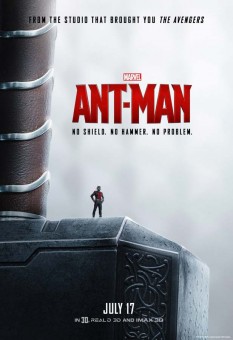 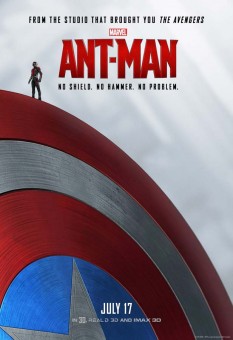 There’s also a third TV spot with a few new scenes, they even mention The Avengers:

The Thomas the Tank Engine set is too much fun for one trailer, I tell you.

The next evolution of the Marvel Cinematic Universe brings a founding member of The Avengers to the big screen for the first time with Marvel Studios’ “Ant-Man.” Armed with the astonishing ability to shrink in scale but increase in strength, master thief Scott Lang must embrace his inner hero and help his mentor, Dr. Hank Pym, protect the secret behind his spectacular Ant-Man suit from a new generation of towering threats. Against seemingly insurmountable obstacles, Pym and Lang must plan and pull off a heist that will save the world.

I’m definitely looking forward to seeing Ant-Man when it hits theaters on July 17th. Can’t wait that long? See a 6-minute preview with some IMAX showings of Jurassic World this weekend.