Learn to draw Joy from Pixar’s Inside Out 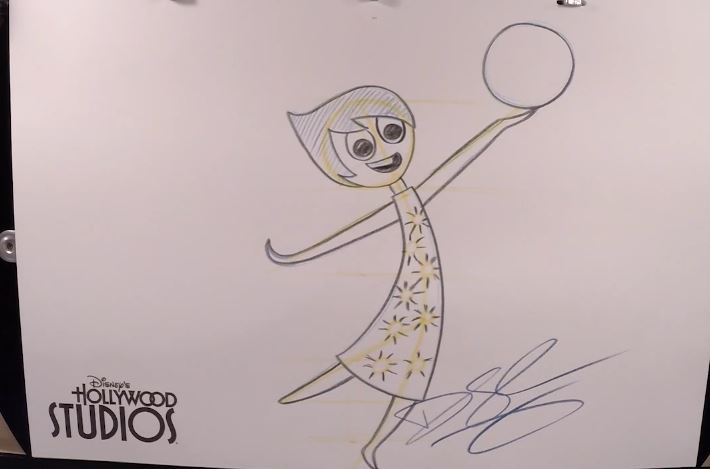 The Animation Academy inside Disney’s Art of Animation Academy at Disney’s Hollywood Studios has recently developed quite a following in the park. You now can expect to wait at least one show in order to get in, sometimes two. I suspect Disney’s Learn to Draw series videos have something to do with it.

But you don’t have to go to the park to get the Animation Academy experience. You can follow along right here as character artist Don Shane teaches you how to draw Joy from Pixar’s Inside Out. Yes, “Inside Out” is digital 3D animation, but all characters at Pixar start out as concept sketches based on primary shapes.

That was fun and a lot shorter lesson than some of the other characters. You’re practically a character artist yourself now.

Pixar’s “Inside Out” opens June 19th and you can currently see an extended preview over at EPCOT.