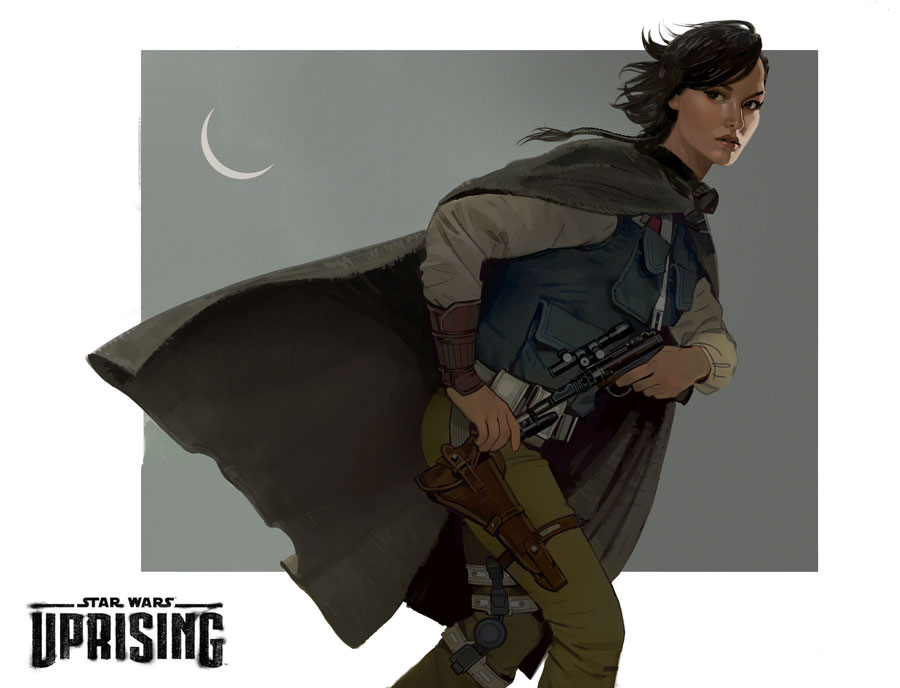 Uprising is the first game that takes place after Return of the Jedi and helps build a bridge between the original trilogy and The Force Awakens.

You can play as a bounty hunter, a smuggler and even a diplomat as you travel through the Anoat System (home of Hoth and Cloud City) in the wake of the destroyed Death Star and fallen Empire.

Uprising is a role playing game so along with going on missions and creating new characters you will learn new abilities and collect new items as you progress.

The game hasn’t been released yet, but you can pre-register for it at (Playstarwarsuprising.com) which allows you to vote on in-game content and win prizes.

According to Lucasfilm, Uprising is official canon (meaning its story is part of the official Star Wars universe). Not sure how that will work with a video game, but it will be interesting to find out.

Do games like this get you more excited for the movie?