The Isle of the Lost – book review 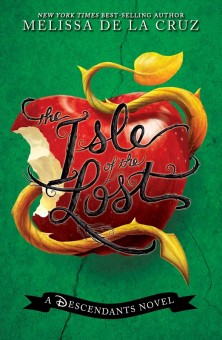 The next Disney Channel Original Movie is Disney’s Descendants. It’s coming to Disney Channel on July 31. Want to get ready for what looks like the best DCOM in a long time? There’s a backstory to the movie that the Disney Hyperion book group has released as a novel by The Isle of the Lost by Melissa de la Cruz.

We received a review copy and I asked my 11 year old son, to read it and provide a review:

In The Isle of the Lost all the villains of the kingdom of Auradon, a fairytale place, are banished and sent to an island with a dome around it to keep magic outside. Thirty years later Cruella De Vil’s son pokes a hole in the dome for a second letting magic appear in the island for that moment. Maleficent’s crow comes back to life as magic is felt once again. The crow tells Maleficent that the dragon scepter has been awakened too and Maleficent tells her daughter, Mal, to get it, but she doesn’t do it alone. Along with Carlos, the son of Cruella DeVil, Evie, daughter of the Evil Queen, and Jay, son of Jafar, the four set out to get the scepter from the far side of the island where the most evil place, Maleficent’s fortress, stands.

“The Isle of the Lost” tells the story of the Descendants and their first journey. I really liked the book with all its adventures and danger, along as the characters. I would recommend this book to pre- to early teens and anyone who likes Disney villains and fairy tales because it has some of the most famous like Maleficent and Jafar. 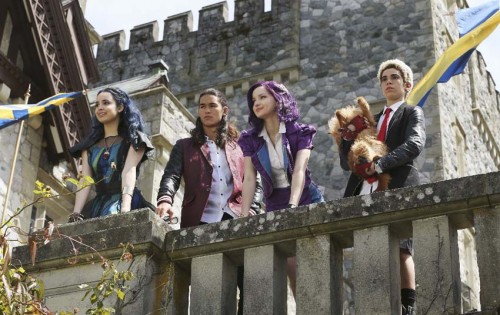 Said de la Cruz, “I’m absolutely thrilled and honored to have been chosen for this fantastic project and to once again be working with Disney Publishing with whom I‘ve had a long and wonderful relationship, and to be partnering with Disney Channel is beyond amazing. The opportunity to write and expand the story with these beloved characters is a dream come true for this Disney aficionado!”

You can order “The Isle of The Lost” right now via Amazon and save up to 44%.