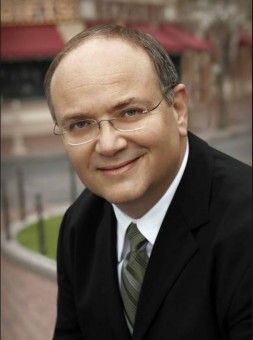 While the Walt Disney Company has yet to announce an official successor for current CEO Bob Iger, the path just became much clearer for COO Tom Staggs. His closest rival was CFO Jay Rasulo, however he just announced he’ll step down at the end of June.

Iger shared this comment, “Jay has been a valued colleague and friend, as well as a vital contributor to Disney’s success.”

Rasulo joined the mouse house in 1986 and became director of strategic planning and development. Later he was chair of the parks and resorts division. Five years ago he switched roles with Tom Staggs and became CFO.

The strategic planning and development division was controversial with fans and was seen as the group responsible for many ridiculous moves in the parks and resorts division that eventually had to be overturned.

While overseeing the parks division, Rasulo saw the opening of Disney California Adventure (and subsequent retooling of that park), the opening of Hong Kong Disneyland, and the expansion of the Disney cruise line from two to four ships.

Many fans criticized Rasulo’s reign over the parks declaring him disinterested in his role and famously distant from the parks, rarely setting foot in them. They felt he lacked an appreciation for the park’s special place in the company’s history and the hearts of fans.

“It has been a true honor to work at Disney for these many years, and for a great leader in Bob Iger,” said Rasulo in an emailed statement. “And as I look to the horizon for future endeavors, I am privileged to continue my friendship with Bob and remain as an adviser to him and the Disney team.”

Rasulo reportedly has a multi-million dollar compensation package awaiting him after stepping down. We wish him well in his next position, which just may be on a beach in Hawaii and we wouldn’t blame him one bit.

Disney has not yet announced Rasulo’s replacement in the CFO role. Iger will be stepping down from the CEO role in 2018 (a move he has already postponed twice).