Marvel’s “Ant-Man” takes flight in the latest poster for the upcoming film. I had to do a double take before I realized those were bullets the miniature super hero is dodging. 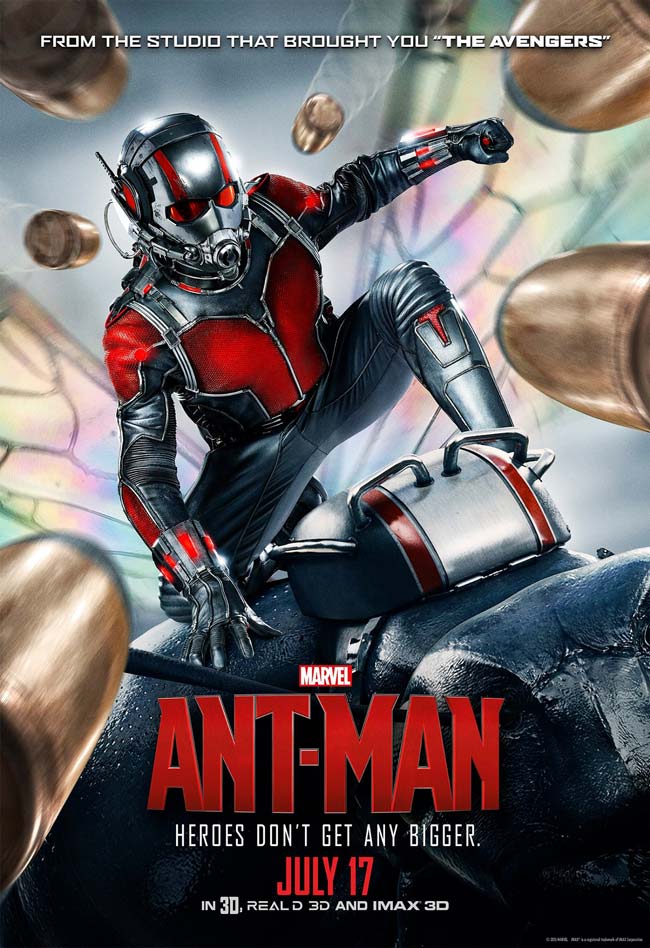 The latest news from people who have seen early screenings of the movie, say that while it is set in the same universe as Marvel’s Avengers movies, it’s a bit more on the irreverent side when it comes to humor. However, like with Guardians of the Galaxy, the action is totally supersized.

Ant-Man flies into theaters on July 17!