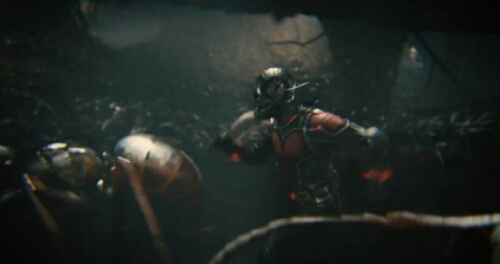 Ant-Man runs with the ants

Okay. This looks very promising. We get our first real look at Yellowjacket, Ant-man’s foe in the film. We also get a sense of the humor level, of which it seems there will be a lot, similar to Guardians of the Galaxy, which I think we can agree is a good thing.