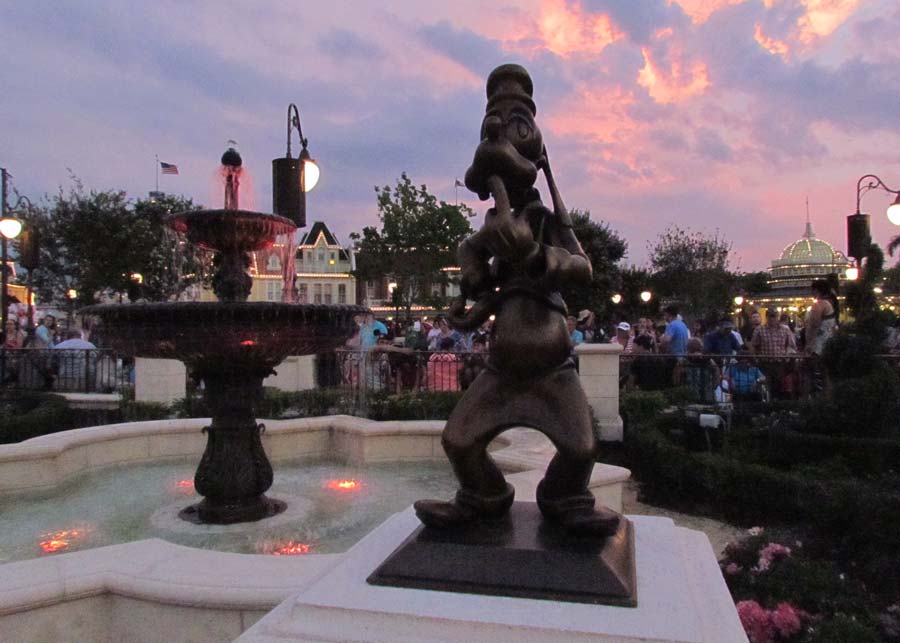 There’s been a lot of progress around the Magic Kingdom’s Plaza / Hub since our last update. Disney has also released new concept art detailing what the hub of the Magic Kingdom will look like when construction is complete. For now, the Partners Statue is still in a box and scrims are still up around what will eventually be turret themed sound and lighting towers for the Cinderella Castle stage.

While the new concept art gives us some new details to drool over, the proof is in the completed project. So far what we’ve seen revealed has been well done with only a few flaws (too many lamp posts blocking the castle from the viewing areas). It has already eased congestion in the hub drawing crowds off the sidewalks and into those wide second level paths. 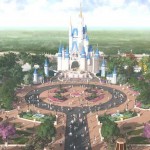 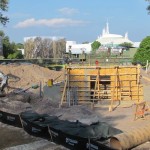 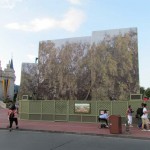 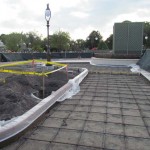 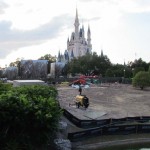 When the work is all done, it should be a welcome new addition to the Magic Kingdom. However, there is no official word yet on when it will all be complete. Until then, we’ll keep bringing you regular updates.