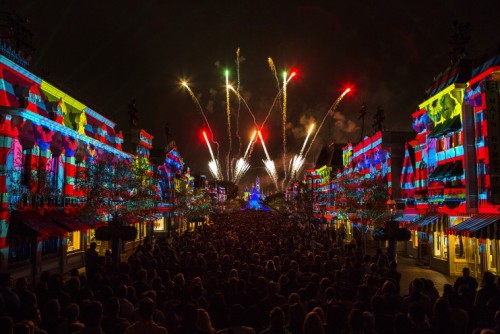 Audiences on Main Street, it’s a small world mall, and along the Rivers of America will each have a unique and immersive experience with their own set of colors, projections, and pyrotechnics. This means you can view the show multiple times and see new surprises at each location.

Here are some of the other fun facts behind Disneyland’s innovative fireworks show:

Thanks to Mousesteps we’re able to show you the full show with Main Street projections on video (spoilers, obviously):

Not one of Disneyland’s best choreographed fireworks shows, but the other parts of it are pretty spectacular. What did you think?