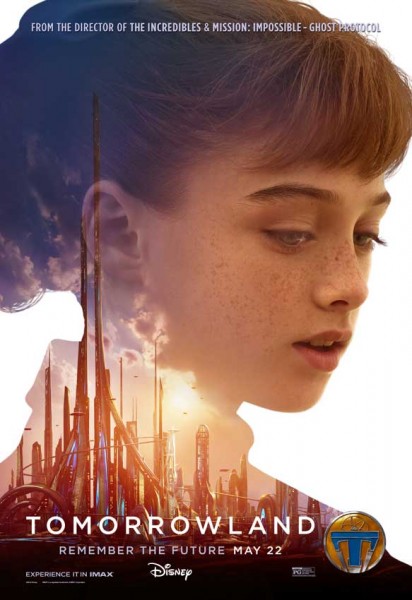 It’s that time again! Tomorrowland, the new film from Brad Bird, just premiered in theaters, so I thought it was only right to check out the film myself, and write down my thoughts I had during the film. Of course, as always, SPOILERS AHEAD. You’ve been warned. Now, you can’t sue me. Ha. Let’s get to it!

I can’t recommend this film enough. Reviews were iffy about it, so I went in with lower expectations, but this is one of the best live-action Disney movies I’ve seen in years. AND I LOVED MCFARLAND, USA. Even if you aren’t into sci-fi or Marvel (*raises hand*), see it on the biggest screen you can find, with the best sound, and enjoy every single second. Remember, GEORGE CLOONEY.

Tomorrowland is now in theaters!