Two new clips from Pixar’s Inside Out 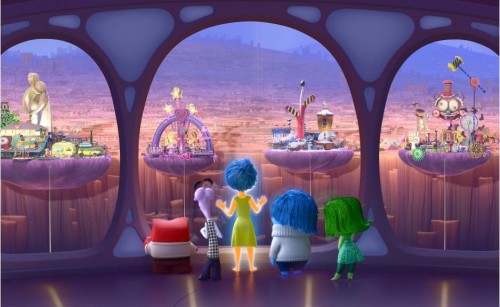 Disney took Pixar’s Inside Out to the Cannes Film Festival this year and early reviews are good. No good isn’t enough to describe the audience reaction. They stood and shouted bravo.

Variety calls it “the greatest idea the toon studios has ever had.” That’s pretty high praise considering Pixar’s track record.

Disney has released two new clips to help those of use who have to wait until June 19th to see the film.

Directed by Academy Award winner Pete Docter (“Monsters, Inc.”, “Up”), produced by Jonas Rivera, p.g.a. (“Up”) and featuring an original score by Michael Giacchino (“The Incredibles,” “Ratatouille,” “Up”), Pixar’s “Inside Out” opens in theaters on June 19, 2015.