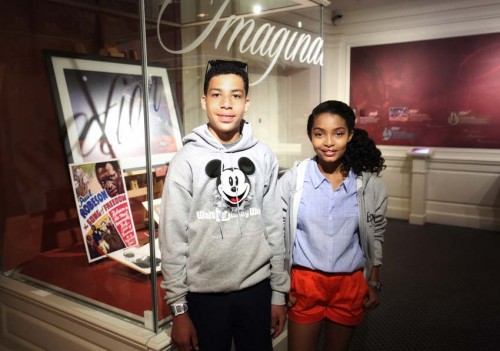 The kids from ABC’s breakout comedy hit ‘black-ish’ were recently at Walt Disney World enjoying a little quality time together after the end of their first season of filming. Two of the kids, Marcus Scriber and Yara Shahidi, also enjoyed a fun day at EPCOT.

There they explored the attractions, like Test Track, sampled some of the park’s great food, and stopped by the America Pavilion for a tour of the Liberty Theatre exhibit hall and The Kinsey Collection.

What is your favorite thing to do at EPCOT?