Here’s the first of many ABC Summer Simple Review, giving you the basics you need to know for the new shows. 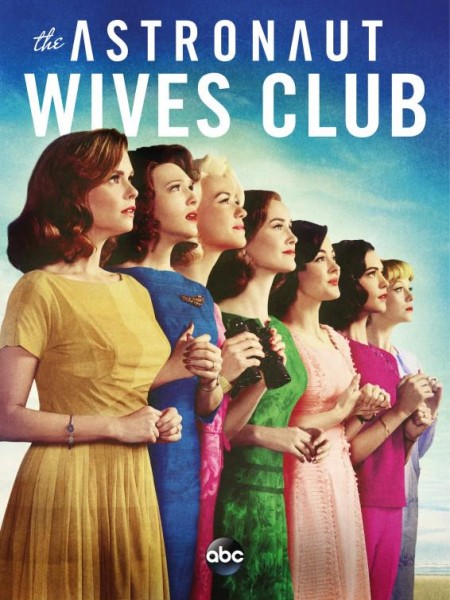 2011 was a much simpler time on ABC. I was recapping Charlie’s Angels for the site, well at least before it got cancelled. That same season was Pan-Am, clearly aimed at being ABC’s Mad Men. Set in the 1960s, accompanied by a fantastic soundtrack and amazing fashion, the show followed the lives of 4 airline stewardesses during the heyday of air travel. The show ended after one season, mostly because it got really weird, really fast. We came for a soapy show and instead, received soap mixed with a spy thriller. Um…no thanks.

That brings me to the topic of this review, The Astronaut Wives Club. This new summer series for ABC is everything I wanted Pan-Am to be AND MORE. Based off of the non-fiction book of the same name, the show follows the 7 women who were thrown into the spotlight after their husbands were chosen to be some of the first American men in space. As we all know, with fame comes craziness.

In the pilot, there are lies, nerve-wracking events, rumors, and everything great we like to imagine about the 1960s. It is strictly showing you what these women have to go through with no rise. They become celebrities over night, all with varying amounts of happiness regarding the situation. The cast is pretty great right off the bat, with all of them doing a great job representing the women in the best way possible. There is no bad egg in the bunch.

The great thing about the show is that they have SO much to play with and it could go on for years. Sometimes you watch a pilot and go “How the heck do we continue on from here?” But, with Astronaut, the possibilities are endless and fun. The show premieres Thursday June 18th at 8pm, and trust me, you will want to tune in for this fun ride.

Do you plan to watch The Astronaut Wives Club this summer on ABC?