Stitchers sweeps on to ABC Family on June 2, get ready 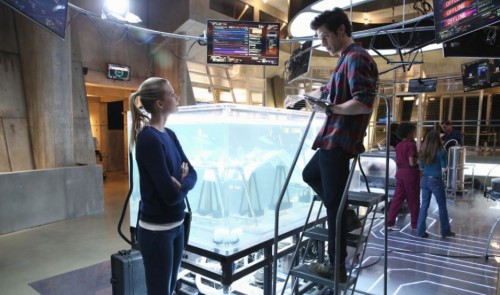 Highly intelligent and emotionally distant, Kirsten Clark has an aptitude for technology but never expected that she’d be hacking into the minds of the recently deceased, in the series premiere of “Stitchers,” airing Tuesday, June 2, 2015 at 9:00PM ET/PT on ABC Family.

ABC Family’s first procedural drama, “Stitchers,” follows Kirsten, a young woman recruited into a covert government agency to be ‘stitched’ into the minds of the recently deceased, using their memories to investigate murders and decipher mysteries that otherwise would have gone to the grave. The first show of the season sets up Kirsten’s “temporal displacement ability” (she can’t tell if time is passing or not) and her hacker background.

Once she joins the agency, Kirsten finds herself working with Cameron, a brilliant neuroscientist whose passion for the program is evident in his work. The secret program is headed by Maggie, a skilled veteran of covert operations, and includes Linus, a socially immature bioelectrical engineer and communications technician. Kirsten’s roommate, Camille, a gifted computer science grad student, is also recruited to use her skills to assist Kirsten in her new role as a ‘stitcher.’ 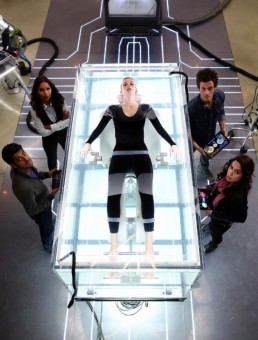 I was pleasantly surprised by the production value in the premier episode, almost up to regular network TV standards. There is that sci-fi element to deal with, but each episode, presumably will come with its own mystery to solve, I know the first one was a good one. There were also some Doctor Who homages in there, which I liked.

As a police procedural, having the ability to learn clues about the investigation via the memories of a dead person involved, come in pretty handy, but I’m sure there are some red flags and red herrings too. It will be interesting to see how far the show plans to take this technology.

It’s definitely a step up from ABC Family shows in the past and fits in with their new plan to target mid-20 and early-30 somethings. However, as a fan of shows like this, I enjoyed it too. I suspect my 11-year old son, who likes Agents of Shield and Doctor Who, will also enjoy watching this show.

If you think you’ll be watching this show and are interested in writing episode recaps for the blog, let me know.

previousDisney picks up “Uncle Buck” remake for ABC
nextBrad Bird’s next film will be Pixar’s “Incredibles 2,” then maybe Star Wars?