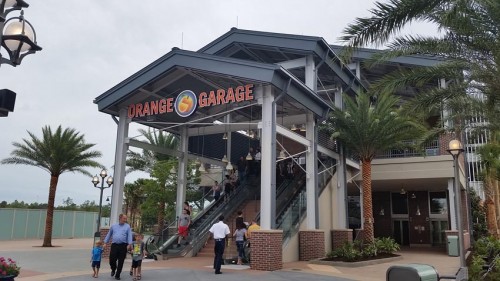 Change is coming fast to Downtown Disney as it transforms into Disney Springs. I’d heard the new pedestrian connector bridge to the parking lot had opened, so I ventured to Downtown Disney to see what was up. Indeed the walls were down and guests were busy using the new walkway.

Disney did a great job with the themeing and landscaping. There are plenty of benches to relax upon and sidewalks are wide to ease traffic to and from the parking structure. It’s a fantastic addition to the area with lots of character and some great horticulture work around it.

The Orange parking structure is now connected to Disney Springs, directing foot traffic over the street instead of across it. You can then take the stairs, elevator, or escalator from the bridge into Downtown Disney.

Since I was in the garage, I took advantage of its height to scan the construction underway to expand Downtown Disney. In addition to a pedestrian bridge across Buena Vista drive, if you look under the crane there is the beginning of the second, smaller, parking garage. Plus there’s been a fair amount of vertical construction

There will be a second elevator, escalator closer to Splitsville on the Westside. It’s not quite ready yet. In the meantime, here are more photos of the new garage connector and nearby Disney Springs construction. 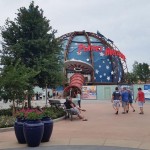 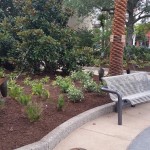 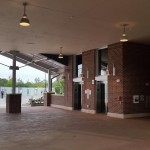 Elevators are under the escalators 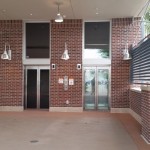 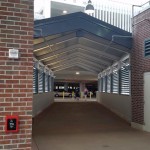 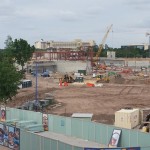 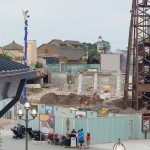 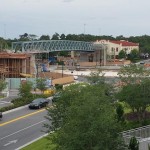 Will you return to Downtown Disney now that the parking garage is almost finished?