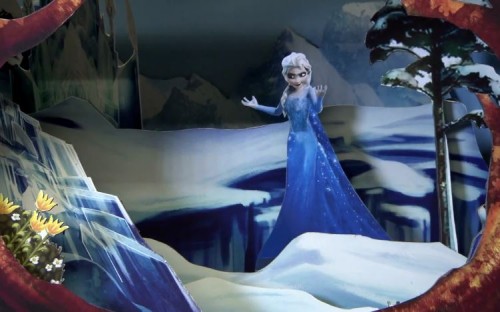 Since the early 1960’s window shopping at Disneyland’s Emporium on Main Street USA has been made extra magical by the animated feature themed dioramas in the windows. The park will be upgrading those displays with special animated ‘enchanted’ displays for the park’s 60th anniversary.

The six displays being added feature the stories of “Peter Pan” and “Cinderella,” which will be unveiled in May, followed by “Frozen” and “The Princess and the Frog” in July, and “Toy Story” and “Aladdin” in August.

We go behind the scenes of the creation of the new Main Street Enchanted Windows with John Gritz, Creative Designer at Walt Disney Imagineering:

It’s at little hard to imagine how these will look when revealed, but I like seeing how Disney puts these things together. These seem to have an element of Disney magic while still fitting into the Main Street era.

Do remember seeing the Emporium window diorama’s on your past visits to Disneyland?