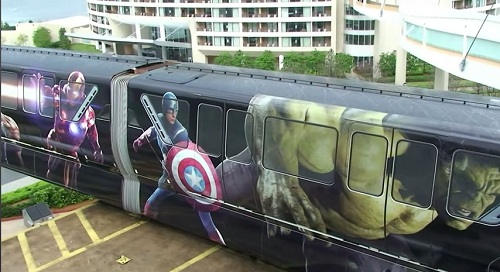 There is a new rumor spreading about Walt Disney World and Universal Orlando Resort coming to some agreement about who gets to use Marvel Characters in themeparks. Universal is reportedly preparing to change the theme of the Hulk Coaster at Islands of Adventure and possibly the Doctor Doom drop tower too. Could it be there’s some sort of agreement in the works to give Disney themepark rights to Marvel characters in Orlando.

Right now Disney is prohibited from building anything Marvel related for theme park and other fixed attractions in a 250 mile radius from Universal Orlando Resort. They’ve even had to go so far as to drop the Marvel name when it did a Guardians of the Galaxy preview at DHS last year.

It’s a pretty ironclad contract. Unless Universal decides to close its Marvel themed stores (they have to buy and sell a certain amount of Marvel merchandise a year) and let the attractions lapse into mis-management (there is a quality clause), there isn’t much Disney can do to terminate it. 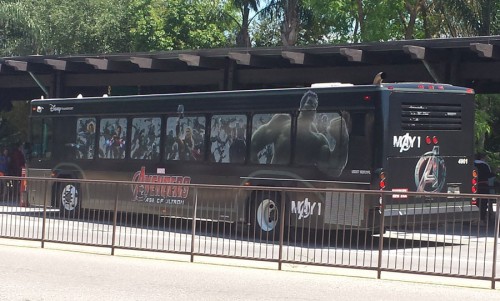 What Disney can do is make it slightly less profitable for Universal to sell that Marvel merchandise inside the park and refuse to make movies, comic books, or TV with the characters Universal is using. But since those characters are primarily The X-Men (where Fox owns the movie rights) and The Avengers, which is expected to break box office records this year, I don’t see that happening. The only other option is to write a check for whatever amount Universal wants (probably enough money to cover re-theming that part of the park, plus a penalty for contract termination).

My guess is we’re talking somewhere between $250M and $500M to buy off Universal. That seems like a lot, but when the current Avengers movie is expected to earn more than $1.2 Billion at the global box office and sell billions in additional toys and merchandise, you can see why giving their rival that sort of money starts to make sense. When you consider the whole Avengers/Marvel Cinematic Universe franchise, $250-$500 million starts to look like a rounding error.

There is another option that fits the rumored changes coming to Marvel Superhero Island. Disney could buy just the rights for characters in the Marvel Cinematic Universe. This would let Universal keep the X-men characters and maybe a few new characters (Fantastic Four) and let Disney focus on the characters it owns the movie rights too. Every body wins.

Here’s my dream. Disney pays off Universal for either option above and announces the long rumored Heroes and Villains thrill park as a fifth gate.

That’s just a dream, and the rumor that’s going around is just a rumor with no real sources to back it up. So take it all with a very large grain of salt. Disney has a lot to chew on in Orlando already with Pixar, Avatar, and Star Wars expansions lined up or soon to be announced.

If Disney did manage to secure the rights to Marvel characters in Orlando, what should they do with them?