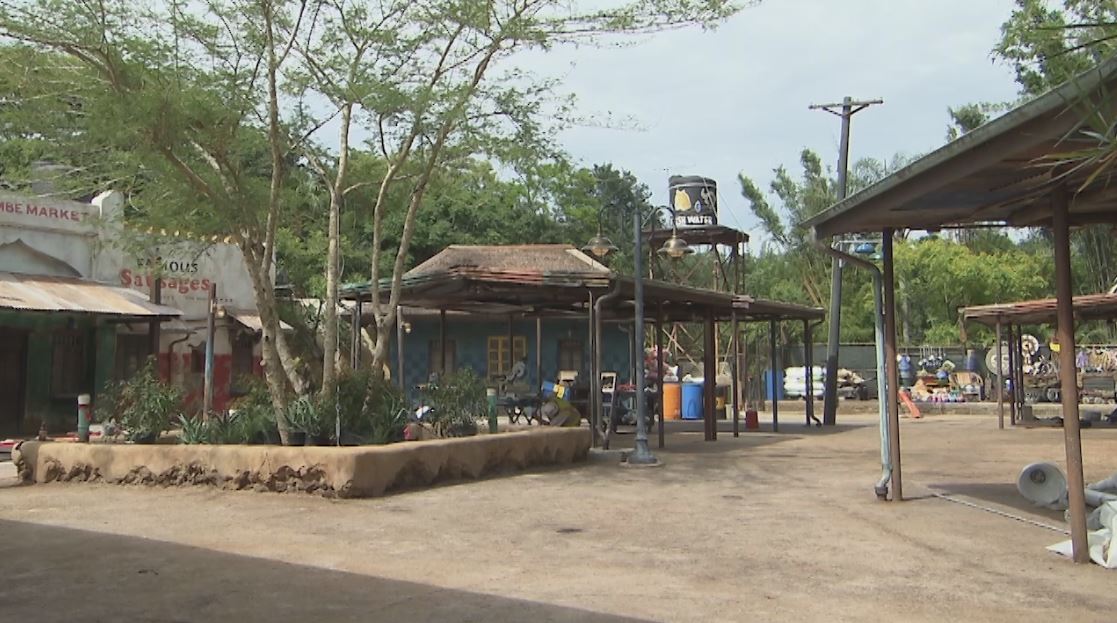 Africa Marketplace, a new shopping and dining option for park-goers in Harambe, the village anchoring the Africa section of the park, is planned to open in late May of 2015. The location duplicates an UNESCO world heritage site from western Kenya.

One highlight of the new space will be Harambe Market, a new quick-service food and beverage location offering street-inspired dishes from walk-up windows. The new space also will open up a new pathway from Africa to Bradley Falls and the Asia section of the park. Disney is focusing on providing some alternate pathways when a land ends in a dead-end.

We got to go backstage for an exclusive peek, talked with some of the Imagineers working on the project and the executive chef working on bringing food to the area. As you can see it’s really detailed area.

We’ll start with the food. Chef Lenny talked about how this is the closest culinary services has worked with Imagineering on project. The result is a series of locations that tells a great story about the food. The food will feature some imports to Harambe, but with an African twist. The Curry Corndog Sausages sound amazing. A selection of BBQ Ribs, Chicken Skewers, and a Shwarma Flatbread sandwich will also be on the menu. It’s a street food vibe so a spirit of adventure is required. 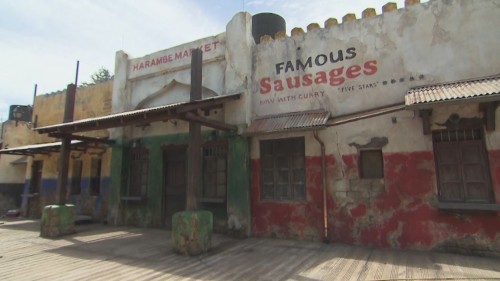 When complete, the area will have around 200 outdoor tables. You’ll go up to each of the four individual storefront to order from the windows. There will also be some domestic and import beers along with South African wines. There will be a bakery and dessert shop as well that connects to the Mombasa Marketplace store in Harambe village?

Walt Disney Imagineers Emily O’Brien and Joan Hartwig shared a lot of great details of the area, including the presence of at least one Hidden Mickey – he has been adopted by African culture and his appearance changed a bit to reflect that. Not quite the right shape, but the spirit is there.

The conservation station train will go right by one end of the new area passing behind a stage-like area that’s full of props the team brought back from Africa. In fact people on the train will get a view into the area as they go by. Eventually, there will be some entertainment on the stage as well.

The area really compliments the newly expanded Harambe Village and I think it will be very popular. A great oasis to sit down, relax, and enjoy the sights and sounds of Africa.