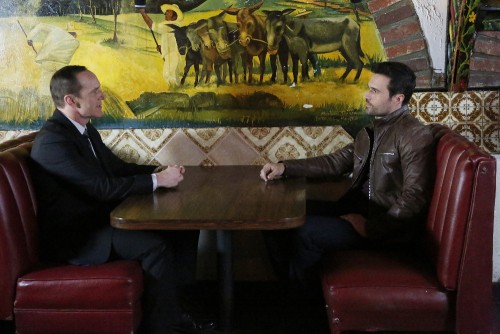 Okay, this clip from the next episode of Marvel’s Agents of SHIELD “The Frenemy of my Enemy” is fantastic. Fitz is on the run from the people the other SHIELD has sent to follow him. How he evades their capture is a must see:

Here’s the full plot synopsis for the episode:

A dangerous new alliance is formed as Coulson and Hunter turn to the last person anyone would expect – Grant Ward! As the war between S.H.I.E.L.D. factions continues, Skye and Lincoln will find themselves drawn into this conflict.