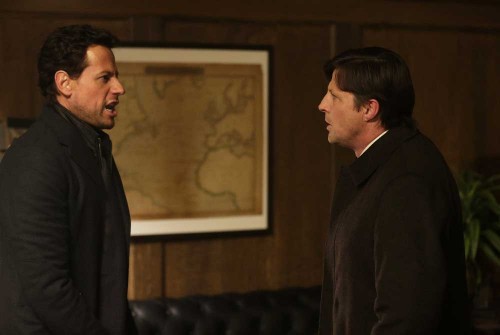 After a couple weeks off, ABC’s new hit TV show “Forever” returns with a new episode called “The Night in Question.” The plot follows our immortal doctor Henry as he tackles the most important case of his career: the disappearance of the love of his life, Abigail, after she left him. Desperate to find out where she might have gone, Abe, unbeknownst to Henry, secretly contacts Lucas to help find clues to her whereabouts.

Already involved in a murder investigation with Jo, Henry involves Lucas and the team of detectives under the guise of searching for “Abe’s mother” — never letting on his own relationship with Abigail. Henry and Abe’s anxiety is ratcheted up as one terrifying domino falls after another until Henry uncovers the horrifying details of Abigail’s last secret, on “Forever,” Tuesday, April 21 (10:00-11:00 p.m., ET), on ABC.

Are you a fan of Forever on ABC?