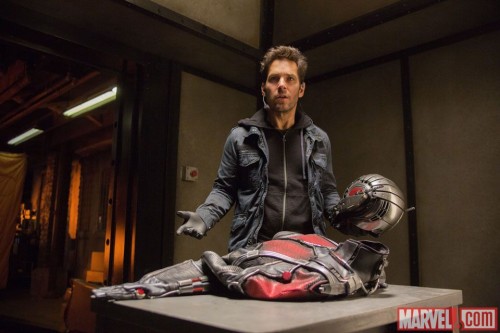 A new trailer for Marvel’s Ant-Man will drop tonight during the MTV Movie Awards. In it we’ll get to see Hank Pym, inventor of the Ant-Man suit, and Scott Lang face high-stakes threats worth of a super hero.

In the meantime, enjoy this 30-second preview