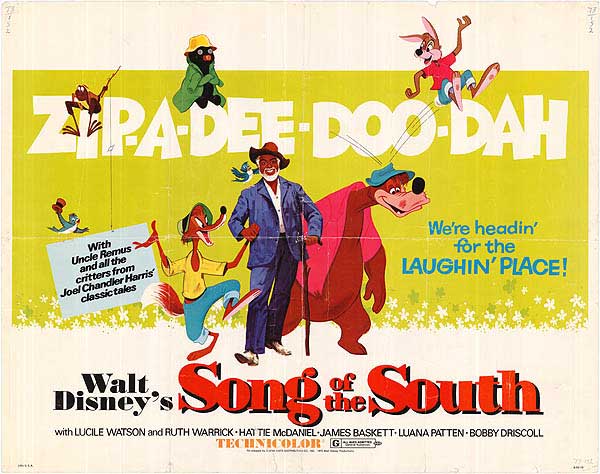 Former Disney animator Floyd Norman was just a boy when Walt Disney’s feature film “Song of the South” was released into the theaters. Norman has just written a powerful blog post about the film. While he doesn’t come right out and ask for Disney to release the film on DVD, he does come “this” close.

If you are unfamiliar with the movie, it features a mix of live-action and animation. It shares a number of African American folk tales as retold by Uncle Remus as he tries to help a young boy make a big decision. The stories are happy, colorful, and more than a bit sappy at times.

I feel like I have to relay this, because the film has been out of circulation for years. A few international releases are out there, but other than the very rare private film screening, Disney has pretty much buried the film.

Every other year or so, someone asks at the yearly stock holders meeting when Disney is planning to release the film and the answer is always, there are no plans at this time.

Norman, who is African American, recalls showing a print at a local church back in the day:

I’ve seen the film on a VHS copy of the Japanese laserdisc version. Artistry wise, it’s not the tip top example of Disney animation, but it’s not horrible either. There is definitely some beautiful scenery and great characters. What could be considered horrible is the setting of the film. It’s set in an America just emerged from slavery and the topic both ignores a lot of the harsh realities of that time period and contains a few big stereotypes.

According to Norman’s post, that may be true, but it’s besides the point. The movie was not there to denigrate, but to entertain, said Norman.

“It’s a long time from Song of the South’s initial release and a magazine’s strident editorial. Yet even today the film continues to be mired in controversy and that’s a shame. I often remind people that the Disney movie is not a documentary on the American South.”

Disney hasn’t completely buried the film. It does have Splash Mountain – a major theme park attraction based on the attraction. If the adventures of Brer Rabbit, Brer Bear, and Brer Fox are good enough for millions of guests to experience on a ride every year, why keep the movie buried?

I don’t know the answer to that. But I do think it’s good that Norman is speaking out on the issue. It’s definitely time to start a dialogue about a potential re-issue this nearly forgotten film.

What would you do if given the opportunity to release “Song of the South?”

9 thoughts on “Disney Animator praises “Song of the South””