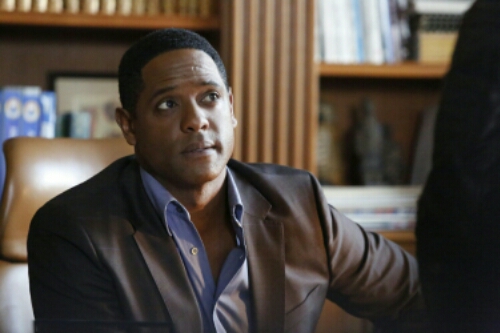 This weeks episode began with Cal, just as mentally unstable as ever, recruiting various gifted, or rather enhanced, people from S.H.I.E.L.D.’s index.  His goal hasn’t changed, take down Coulson and S.H.I.E.L.D., but now he’s enlisting the help of a computer genius, a mob enforcer who used chemistry to make himself even stronger and a woman who seems to be just as unstable as Cal as she has permanently attached blades to her finger nails after a bad break up.

The team of baddies head to a mental institution to break out the final member of their group, a man who has the ability to case people to go catatonic with just a whisper. Coulson and Bobbie go investigate the breakout, which leads them to Coulson’s hometown, Manitowoc, Wisconsin. How Cal found out this was Coulson’s home is beyond me. But he’s setting a trap for our favorite S.H.I.E.L.D. director. Coulson realizes this and calls May for back up.

What has May and the rest of the team been doing this whole time? Because Skye is now listed on the Index, she has to go through a psych evaluation, which means calling in an outside consultant to administer it. Coulson wants to bring in Andrew Garner and May reluctantly agrees. Why is she reluctant? Because Andrew is her ex-husband, a fact that greatly interests Skye when she finds out. Fitz and Simmons are equally as interested, which serves to bring them back together as a team after Fitz lied to Simmons about Skye’s powers.

May gets the call from Coulson and the bus heads to Wisconsin, with everyone on board. There is then an argument as to how much of a role Skye should play in apprehending her father.  They decide to try and bluff Cal into surrendering by allowing May to put a gun to Skye head. This whole time Skye has begun to get her powers under control, she’s learning to push her emotions away, though Andrew makes the point that she’s not pushing them away, just internalizing them. 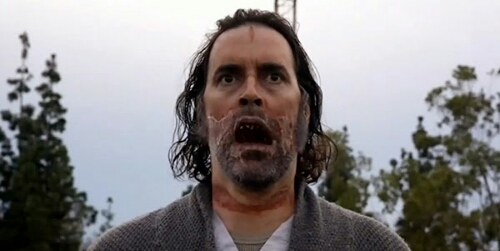 May and the team arrive as back up and a fight ensues. Angar, the guy with the voice, is taken out quickly (though hopefully not too quickly. In the comics, he’s an obscure Daredevil villain. Maybe we’ll see him again on Netflix) and the others are overtaken as well. Cal is about to play his final card when a blue dome shield appears with Gordon, the Inhuman with no eyes, coming to take Cal away. The moment ends with large bruises appearing all over Skye’s arms as she passes out. Because Skye has been internalizing her emotions, her tremors have also internalized and she has effectively fractured almost every bone in her arms because of it.

What have Mack and Hunter been up to this episode? Mack and Bobbie have Hunter hidden and handcuffed to a sink as they decide their next step. They decide that it’s time to reveal the truth to him so they take him to their superiors, a group that Mack calls “the real S.H.I.E.L.D.”

That, of course, leads to so many new questions but it’s not the only cliff hanger for the episode. Simmons and Coulson enter a new secret agreement where Simmons is to essentially continue her crusade against people with powers. And Gordon tells Cal that Cal’s fate is to be decided by someone else. My first thought was they he was going to bring Cal to Raina, but many people think that Gordon is going to his superiors, whoever they are. What do you think?