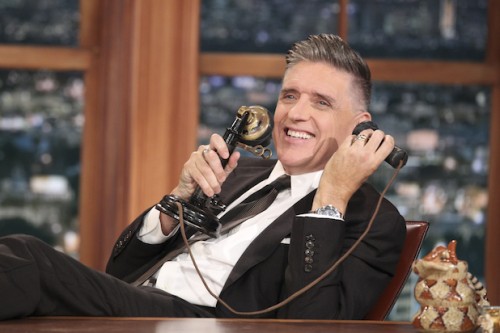 After his stint behind the desk of the “Late Late Show” on CBS, Craig Ferguson will return to acting starring in ABC’s single-camera comedy “The King of 7B.” The plot focuses on Prentiss Porter (Ferguson), an agoraphobic recluse who steps outside for the first time in 11 years when he spots his potential soulmate moving into the building across the street.

Before his hosting duties, Ferguson had many gigs in the UK. You may recall, his first big break in the US was on another ABC Comedy, “The Drew Carey Show.” While hosting the Late Late Show Ferguson kept his acting chops fresh by doing voiceover work (including Pixar’s “Brave”) and a small arc on “Hot in Cleveland.” He’s also been hosting the nationally syndicated game show “Celebrity Name Game.”

I’m hoping this gets picked up by Disney. I’ve closely followed Craig Ferguson since the Drew Carey Show and find him one of the funniest men on TV, not to mention a great interviewer. Are you a fan?