New official poster for Pixar’s Inside Out 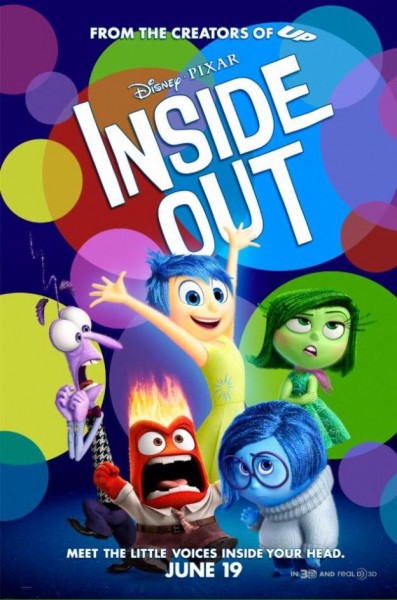 I was pretty excited to see a new poster released for Pixar’s Inside Out last night. It focuses on the five emotions who are are the core of the film’s story, placing Joy at the center happy and seemingly oblivious to the emotions of the other four. If that’s a sign of the humor in the movie, it’s a good thing.

The poster also looks cheerful enough with bright colors. It let’s potential audience members know that it’s from the creators of Pixar’s Up, which is a good thing in most people’s minds.

The good news is the work continues apace for Inside Out. Pixar has just started doing the soundtrack recording and the posted to Instagram to celebrate:

We’re getting in tune with our emotions at a @PixarInsideOut sound mix session.

June 19th seems like a long ways away for the next Pixar film, but that’s the date.

Previously: Inside Out first trailer from Pixar.

June 19th seems like a long ways away for the next Pixar film, but that’s the date.