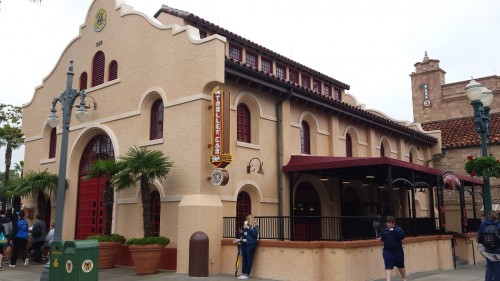 Coffee addicts rejoice. The Trolley Car Cafe officially opened to guests of Disney’s Hollywood Studios. Located on the right side of Hollywood Blvd after you enter the park, the new Starbucks location is very centrally located.

From the outside the building looks like a former repair depot for Hollywood’s famous redline trolley cars. Inside the theme is continued, but with the conversion into a cafe and bakery. 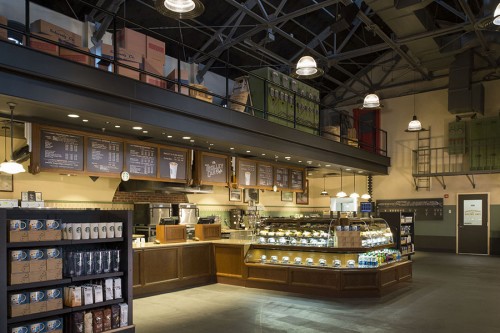 The layout is very similar to both the Main Street Bakery at the Magic Kingdom and Fountain View at EPCOT. There are two queues serving two main service areas with a grab and go case featuring fruit, drinks, and baked goods in the middle.

Each side has multiple registers and their own set of coffee and espresso machines. This allows the location to run very efficiently. Like EPCOT and the Magic Kingdom there is no inside seating. But you might find some benches around the corner on Sunset Blvd or down the street on Hollywood Blvd. They want you to get in, get your drinks, and move on to other parts of the park.

The baked goods section is well stocked with a selection of both your Disney park favorites and the La Boulange items that Starbucks is known for. Based on reports from the park today, it does sound like the Starring Rolls bakery may be closed now that Trolley Car Cafe is open. In addition to beverages and baked goods, Starbucks now sells a small selection of Disney themed mugs and tumblers. They’re pretty nice, but not cheap. 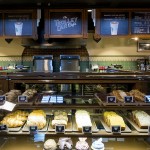 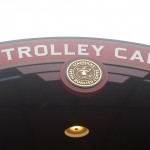 the main sign, but also a retro feel Starbucks logo 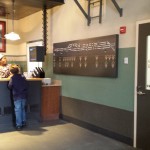 Nice details tell the story of the location 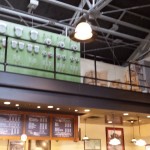 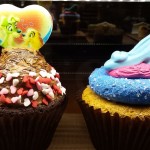 The location is expect to have the same hours as the park. Will you be stopping in on your next visit to the park?