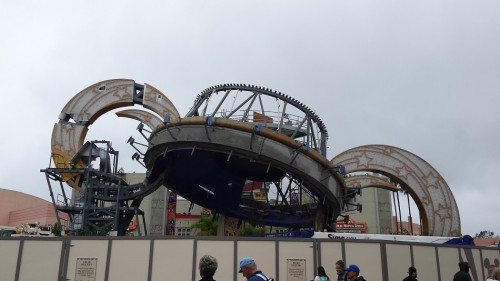 The hat didn’t go up overnight and it’s not coming down over night either. With all of the blue finally removed, we’re down to what remains of the support and infrastructure of the former park icon. In the meantime the center of the park is something of an eyesore.

The good news is that the beautiful facade of the Chinese Theater is slowly being revealed as you stand on Hollywood Blvd. You’ll also notice that the tip of the hat is still there to the side. I wonder what they’re saving that for. 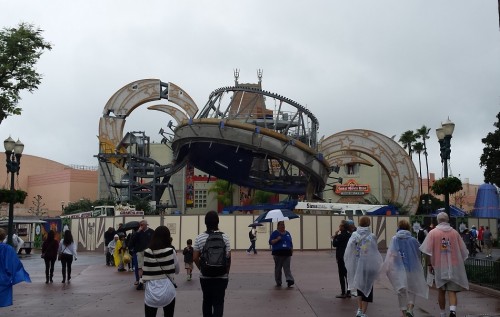 No word on an official completion date for the demolition. Presumably the area will be ready to host Star Wars weekends starting in the 2nd half of May, even if just a temporary configuration.

Btw, the rumors are growing louder about the impending doom of Echo Lake area of the park. Are Gertie the Dinosaur and Min & Bill’s Dockside Diner really scheduled for the wrecking ball? That has been one potential scenario for a new Star Wars land at the park. Signals are still unclear in my opinion.