Stan Lee is the man behind some of the world’s most beloved Marvel characters, and now, with the help of Stuart Moore, he’s creating a new world with The Zodiac Legacy series of books. These are graphic novels, with artwork by Andie Tong.

The series starts in the city of Hong Kong, which is harboring an ancient secret. When twelve magical superpowers are unleashed on the world, a Chinese-American teenager named Steven will be thrown into the middle of an epic global chase. He’ll have to master strange powers, outrun super-powered mercenaries, and unlock the mysterious powers of the Zodiac. 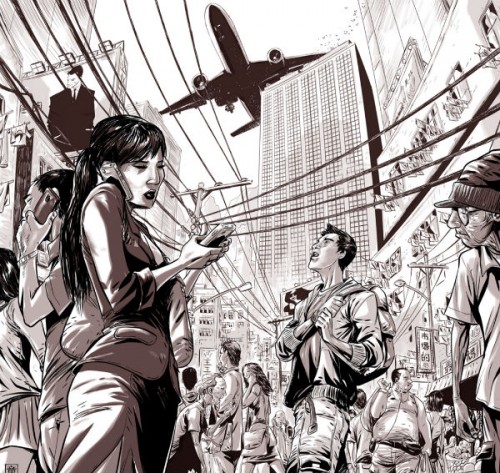 The first book is called Convergence, and it is available now via Disney Press online at Amazon and various other retailers. There are also two free downloadable E-Books, called The Zodiac Archives, that give more background on the people and powers, along with a preview of The Zodiac Legacy: Convergence. These E-Books are available at disneyzodiac.com, along with more information on the novels, and a chance to find your Chinese zodiac sign and which character fits that sign.

Disney Press has also released a video featuring Stan Lee discussing The Zodiac Legacy series and the thoughts behind the creation of this story and characters. Here it is, and it’s well worth watching:

Just reading the preview and the E-Books, and I could easily see this being adapted for the big screen. What do you think? Are you ready for a new adventure from Stan Lee?