Sleeping Beauty Castle is currently all wrapped up in tarps getting reach for a diamond overlay to celebrate the parks 60th anniversary. We will find out today what else Disneyland is planning for the major milestone.

Thanks to Matthew Gottula of @DLthings and an early release of an marketing piece from AAA, we have a preview of what Sleeping Beauty Castle decorations will look like for the 60th. 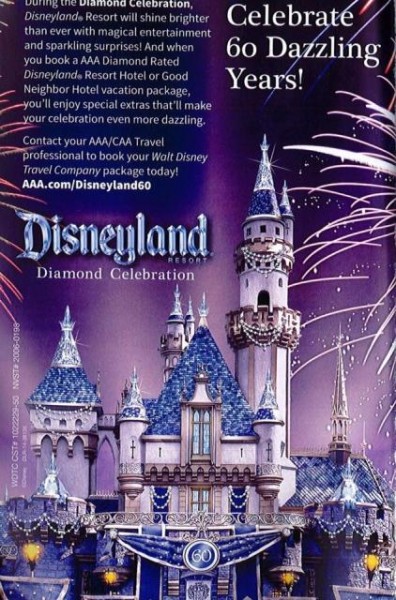 For reference, here was the castle during the 50th Anniversary: 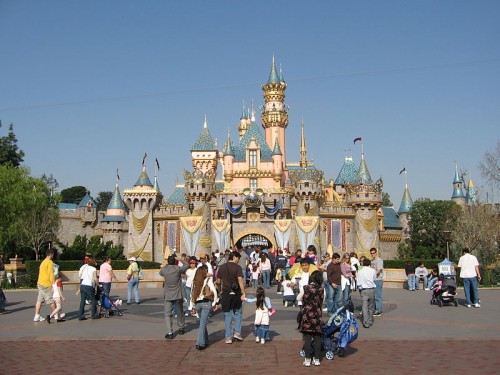 Because it’s hard to hide the fact that you’ve got some new parade floats on order backstage, we know that Disneyland will be getting a modified version of Hong Kong’s Paint the Night parade. We also know that that attractions in both parks are getting some much needed love and care during extensive refurbishments leading up to this summer’s kick-off of the celebration.

Other items rumored for Disneyland’s 60th are a 60 hour party and a new fireworks show. You can also expect Disneyland to play off the #Disneyside campaign while evoking that heart-strings tug of nostalgia.

Disneyland will be holding an event at 8 pm Pacific time tonight to reveal more details of the celebration. If you weren’t one of the lucky 200 annual passholders invited to attend in person, you can follow along on the Disney parks blog or via the #Disneyland60 hashtag on Twitter.